Home
>
News : Inrap news
>
The catacombs of Rome: thousands of victims of an epidemic ?

The catacombs of Rome: thousands of victims of an epidemic ?

The catacomb of saints Marcellinus and Peter in Rome has been undergoing systematic excavation since 2005. The research involves the Pontifical Commission of Sacred Archaeology (Holy See), the CNRS, the Ecole française of Rome, the French National Institute for Preventive Archaeological Research and the Maison des Sciences de l'Homme of Aquitaine (MSHA), who are all collaborating on this project.

The catacomb of Peter and Marcellinus is situated on the ancient Via Labicana, south-east of Rome, 3 kilometres from the walls of the ancient town. The network of subterranean galleries, 4.5 kms. long, covers an area of three hectares on three levels. Between 20,000 and 25,000 deceased are buried there. This complex catacomb, in which the saints Peter and Marcellinus are interred, is only one of the 60 Christian cemeteries in Rome but contains almost a third of the known paintings in the catacombs. 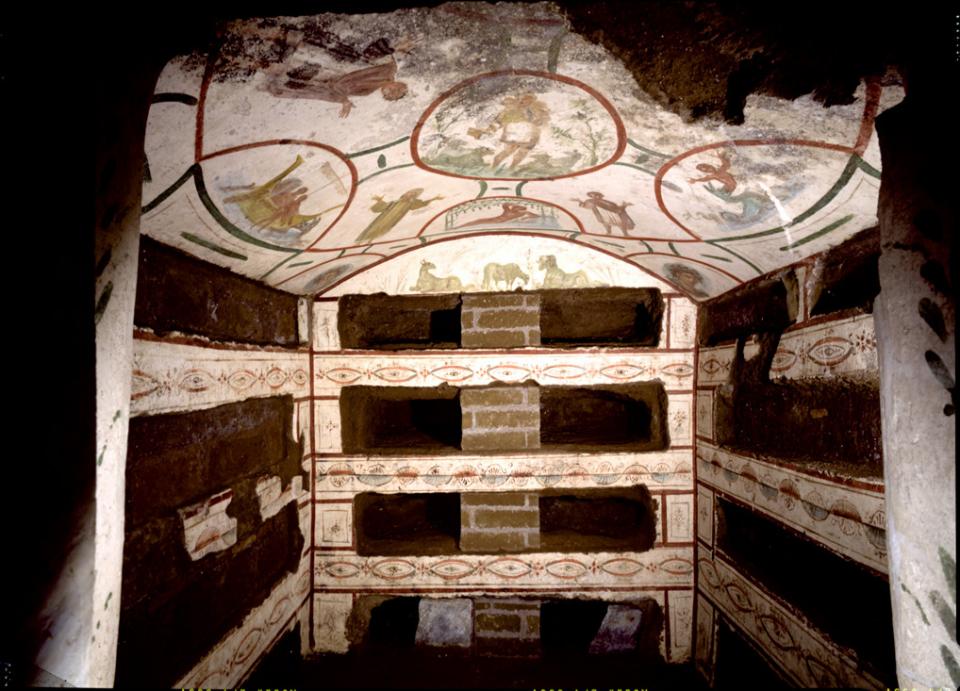 It is generally believed that this funerary ensemble was used in the last third of the 3rd century AD and increasingly in the 4th century. At ground level, an important mausoleum, still partly standing, was built there by Emperor Constantine I for his mother, Helena.

New rooms inside the catacomb of saints Peter and Marcellinus

The physical anthropological research, co-directed by Dominque Castex (CNRS) and Philippe Blanchard (Inrap) has concentrated on a small sector in the centre of the catacomb. This section was unexplored until the summer of 2003, when the Pontifical Commission of Sacred Archaeology, after a leak in a pipe, decided to carry out an excavation under the supervision of Raffaella Giuliani, Inspector of the Catacombs of Rome. Two galleries at right angles, one containing an as yet unsuspected religious centre, have come to light.

A few remains of wall paintings, dating stylistically from the 6th and 7th centuries AD, could indicate a cult of relics which, according to written sources of the Early Middle Ages, could be that of a group of Martyrs. In fact, the presence of numerous figures in the details of one painting might indicate the cults of the "Thirty Roman Martyrs" or, more probably, of the "Forty martyred soldiers of Sebaste", now Sivas (Turkey).

The archaeo-anthropological study, carried out in a series of rooms adjoining the gallery, where acts of worship were practised, has revealed a quite unusual organisation of space, containing rooms of different sizes and shapes at very different levels. This layout is in no way similar to the traditional arrangement of the catacomb, which consists of galleries bordered with loculi (niches to place the bodies), of arcosolia (elaborate niches crowned with an arch) or of cubicula (rooms grouping individual tombs for families or corporations).

Ossuary or burial place in a period of crisis?

Each room contains a pile of human bones, one metre high - a most unusual phenomenon.
When these heaps of bones were discovered, Raffaella Giuliani, questioned their nature. Was it an ossuary resulting from the cleaning of the catacomb at a particular moment of its functioning, or could one envisage a specific place which was used to receive thousands of bodies? The excavation of one of these groups of skeletons in 2004 by two anthropologists from the University of Pisa identified more than 50 individuals placed there simultaneously or over a very short period of time.

On the strength of these results, the Pontifical Commission requested the collaboration of Dominique Castex (CNRS), because of her research into multiple mortality crises in the past. She associated Philippe Blanchard, Inrap archaeologist and specialist of burials in periods of crisis, with whom she had worked in 2002 on the multiple burials at Issoudun following an epidemic.

The 2005 and 2006 seasons saw  the complete excavation of 2 groups (of the 6 remaining) and found almost 160 skeletons placed side by side and stacked a dozen high. Furthermore, probes carried out in other rooms and the re-examination of the skeletons from the Italian excavations enabled the identification of 315 individuals and to estimate at more than 3000 the total number of deceased still placed in these specific groups.
In spite of their very poor state of conservation, the biological study carried out on those excavated nevertheless showed the predominance of young adults (often women) and the small number of children. There is no damage to the bones which would clearly indicate that they were Christian martyrs.

The most surprising element was the identification of exceptional funerary practices within each tomb. Each skeleton was covered from head to foot by a whitish material giving the deceased the appearance of mummies. The observation of textile imprints on the outer faces of this material suggests that there was a shroud. Some of the individuals were also covered with fine reddish particles and gold wires. Laboratory studies (Universities of Pisa, Paris VI and Bordeaux III) have enabled the identification of the material covering the bodies as plaster and the reddish residue as amber from the Baltic coasts. The originality of the funerary practices as well as the cost of the materials used (amber, gold …) suggest a high social level.
A Carbon 14 date from one individual has given a result between 28 and 132 AD, thus suggesting the very early character of these ensembles which predate the use of the catacomb for Christian mortuary rites.

The present mission will be completed at the end of October 2008. Its aim was to excavate two new ensembles to confirm and to clarify the findings of previous excavations. Was there an epidemic of great importance or a succession of crises spread over time with the continued use of a burial place for a particular social category of the Roman population?
The early date obtained in this sector should be confirmed to determine if it could not be at the origin of the Christian funerary network developed from the end of the 3rd century AD.
In addition, the identification of the cause of death is essential so as to improve the understanding the phenomena of crises of mortality due to epidemics (appearance of illnesses, diffusion, etc.). The plague as well as typhus and smallpox are under consideration at the moment. 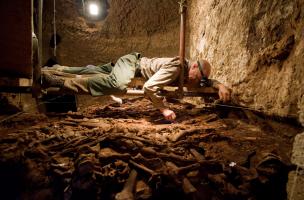 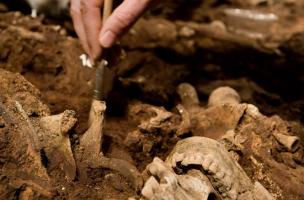 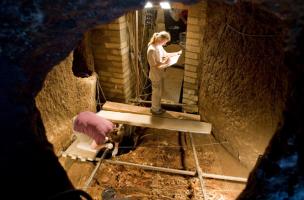 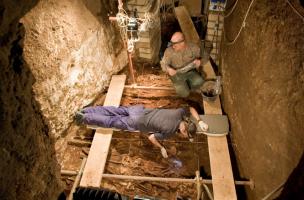 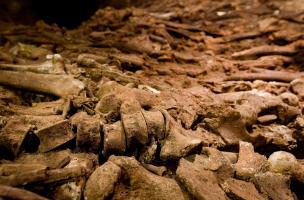 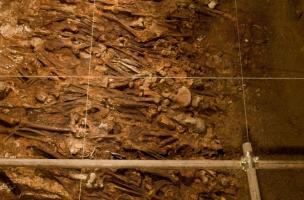 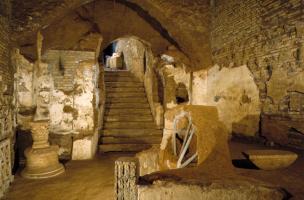 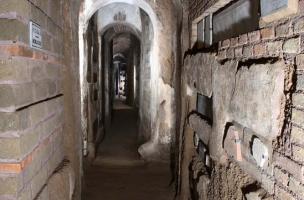 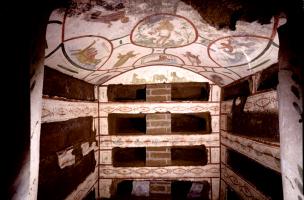 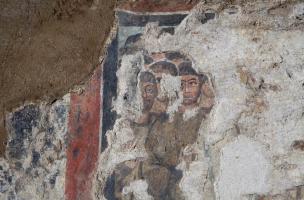