Home
>
News : Inrap news
>
Discovery of an Etruscan tomb in a hypogeum in Aleria (Corsica)

An Etruscan and Roman necropolis

A few hundred meters from the Antique city, the excavation of the necropolis, surrounded by circulation routes, extends across one hectare. The state of preservation of the Antique burials is remarkable despite the acidic soil in Corsica, which usually destroys bones. Several funerary practices are represented: inhumation in pits, masonry coffins, studded wood coffins, funeral pyres, etc. Prestigious artifacts (ornaments, vases, etc.) are associated with these graves: more than two hundred artifacts have been recorded, including around one hundred complete vases dated from the 3rd century BC to the 3rd century AD.

Within this funerary group, among the tangle of burials, the Inrap archaeologists have just revealed an Etruscan tomb in a hypogeum. This type of tomb is an underground burial chamber usually reserved for high-status individuals. A flight of stairs leads to a six-meter-long corridor leading to the burial chamber. At more than two meters in depth, this chamber is still intact, being sealed with a mass of clay, pot sherds, rocks and charcoal. The archaeologists think that this seal was opened and filled-in again several times to deposit new grave goods, and perhaps new deceased individuals, into the chamber.
Due to the position of the hypogeum within the necropolis, it was necessary to excavate the contiguous burials first. The natural collapse of the ceiling and the filling of the chamber through time required the archaeologists to excavate it from the top.
The excavation of this 1m2 rectangular grave has thus far yielded several artifacts, including three black varnished goblets and the handle of a probable oenochoé. Two skyphoi, a type of goblet with large handles, were discovered near the skull of an individual. All these remains are currently above the ground level of the staircase. Based on these artifacts, this burial can be attributed to the 4th century BC, but the continuing excavation and studies will shed light on as yet unanswered questions. This is the first discovery of this unusual type of funerary structure in France in over forty years.

Aleria is a reference site for the ancient history of Corsica and the western Mediterranean. The research conducted by Jean and Laurence Jehasse in the 1960s on the Masselone Butte in Aleria uncovered the Roman city surrounding a forum and an amphitheater. Further south, the exceptional Etruscan Casabianda necropolis (between c. 500 to 259 BC) was listed as a Historic Monument. It is one of the richest Etruscan funerary sites known outside of Italy. Some of the remarkable artifacts collected there (4510 objects, including 345 Attica vases, Etruscan military equipment, etc.) are displayed at the Aleria site museum. After many years of interruption, new research programs are being undertaken under the aegis of the State (DRAC) and the Collectivité de Corse, such as the development of a new collaborative research project on Aleria and its region, involving more than 70 researchers (Universities, CNRS, Ministry of Culture, Inrap, etc.).

The Etruscan presence in Corsica

Due to its central position in the Tyrrhenian Sea along the maritime routes between Liguria and southern France, Corsica has been the object of Greek, Etruscan and Carthaginian commercial interests. At around 540 BC, the battle of Alalia (the Greek name for Aleria), radically changed the political relationships in the western Mediterranean (cf. Herodotus, Diodorus Siculus). Maritime commerce shared between the Etruscans, Phoceans and Carthaginians closed inside exclusive zones, from then on regulated. According to historical sources, the eastern façade of Corsica seems to have fallen under the Etruscan influence.
Between 500 BC and the Roman conquest of the island (259 BC), Aleria attests not only to privileged relations with Etruria but also to the stable presence of an Etruscan population. The site of Aleria contains exceptional archaeological evidence of these events in its necropolis.

The heritage represented in the archaeological archives (of “the ground”) of Corsica are highly emblematic and vulnerable. Their study and preservation justify the adapted conservation measures implemented over many years. The human and financial resources currently devoted to this work are unprecedented. These resources also contribute to renewing our knowledge of the island from the distant past to the modern era. Under the responsibility of the State (DRAC), preventive archaeology in Corsica, in association with regional development, is comparable to that in some metropolitan regions. It contributes new elements to our knowledge of the history of the island and its transmission to the public via its four archaeology museums listed among the Musées de France. 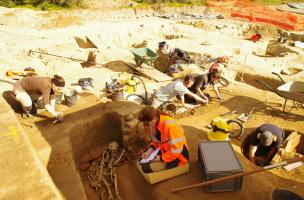 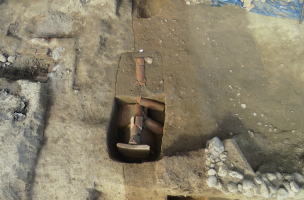 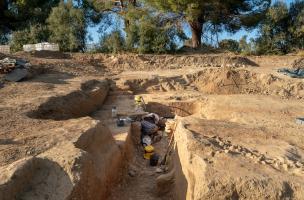 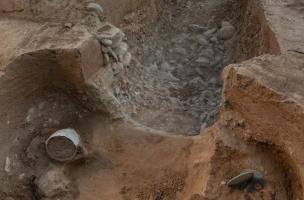 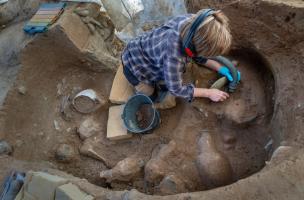 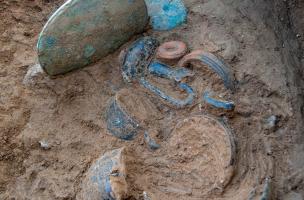 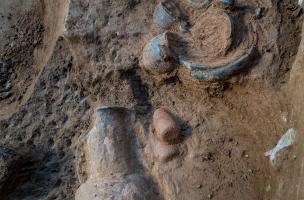 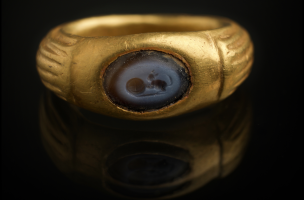 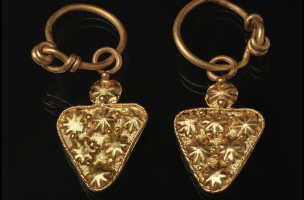