The 1.6-hectare excavation, surrounded by the volcanic reliefs characteristic of the “Limagne des buttes,” unearthed around thirty monoliths from 1 to 1.6 meters tall. These menhirs form a more or less straight and continuous alignment, extending along 150 meters in the excavation zone and probably beyond. They are bordered by another alignment of large stones, in the continuation of which five stones are arranged in a horseshoe shape. Finally, six regularly spaced stones form a circle measuring 1.5 m in diameter. Clearly visible in the landscape, the largest alignment shows an astonishing perspective: the larges menhirs are mainly at the top of a slope to the north, while the smallest ones are to the south and spaced closer to each other. This alignment follows a north-south axis in immediate proximity to a mountain pass now traversed by a road. As with some other monuments, such as Belz in the Morbihan, the Veyre-Monton menhirs were knocked down to make them invisible in the landscape. Pushed into large pits, sometimes mutilated or covered with dirt, these monoliths were the object of iconoclastic actions, a sort of condemnation perhaps linked to a change in the community or beliefs. While this group of structures most resembles the large Armorican megalithic monuments, such as Carnac, it is part of a dense distribution of megalithic expressions present throughout western Europe. 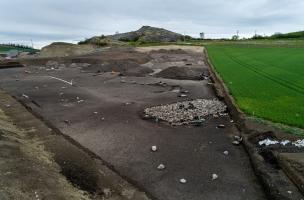 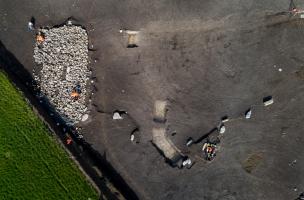 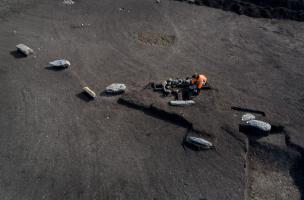 Within the main alignment, one of the menhirs differs from the others, being made from limestone and sculpted. Roughly anthropomorphic, this statue has a rounded protrusion extending from the crudely sculpted shoulders, as well as two small breasts. These reliefs were created by sculpting the entire surface of the stone. Around fifty centimeters under the breasts, symmetrical removals, very eroded but forming an engraved chevron, may correspond to forearms placed on the abdomen. This statue-menhir is currently the only one known in the Auvergne. Such statues are rare in France and are mainly found in the Mediterranean region (Occitanie, Provence, Corsica). The statue-menhir of Veyre-Monton, nevertheless, differs in some ways from these southern examples, its crude style and small, closely-spaced breasts being more similar to the rare northern specimens found in Brittany and Switzerland. 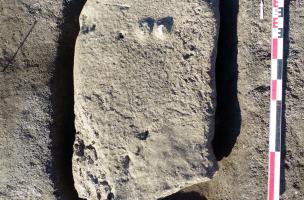 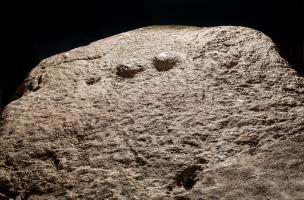 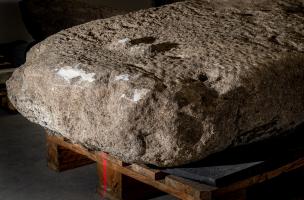 The quadrangular cairn, 14 m long and 6.5 m wide, is constructed around a tomb containing the remains of a tall man. His body was protected by a wooden receptacle that has since disappeared; it was surrounded and wedged by stones. The dimensions of some of these stones suggest that they could correspond to menhirs that were moved or even intentionally broken. Like the menhir alignment, the cairn was deliberatly erased from the landscape. The stones that formed its elevation were removed from the monument and discarded in a large pit just next to it. 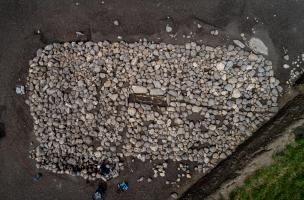 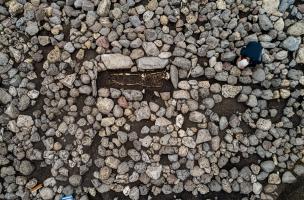 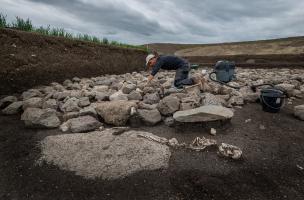 Thirty tons of stones, transported from a few kilometers away, were necessary to construct the cairn. The basalt menhirs have different origins. Though their weight of less than a ton does not necessarily indicate an exceptional transportation technique, it does represent a considerable human investment. Among other hypotheses, it is possible that several communities contributed to the alignment by transporting stones from their regions. Two possible extraction sites, the Crest and Corent plateaus, were intensively occupied during the Neolithic and Protohistory.

While archaeological habitation sites generally yield objects that permit precise determinations of their occupation periods, the site of Veyre-Monton contains very few such objects. Therefore, while its occupation was probably long-term, the communities that succeeded each other at this site left little datable evidence. The precise chronology of these occupations thus remains to be determined based on future analyses, especially radiocarbon dates of the skeleton located in the center of the cairn and the rare faunal remains. Despite the unusual features of these structures, interregional comparisons currently indicate that the main occupation of the site occurred over several millennia, from the Neolithic to the Bronze Age. 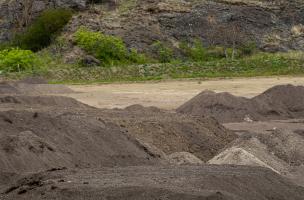 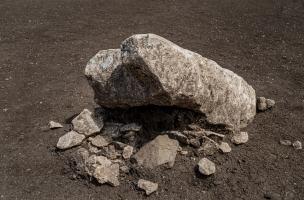 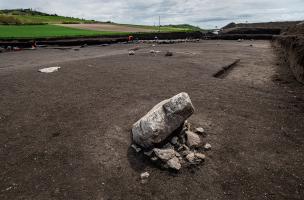 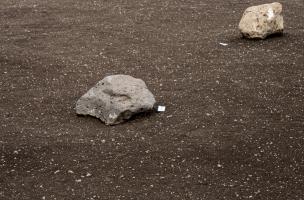 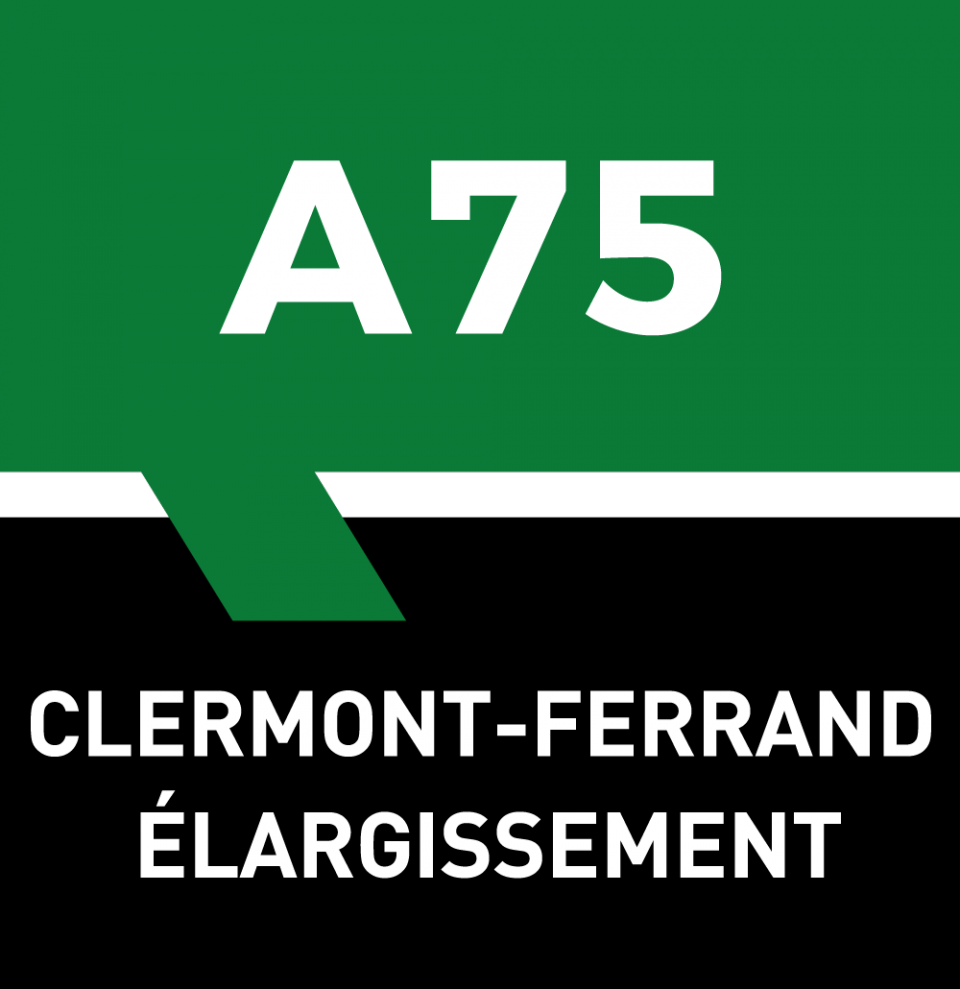