The archaeological site adjoins Narbo Via, an international Antiquity museum designed by « Foster+Partners » who, in 2020, will present the exceptional heritage of Antique Narbonne in an 8,000 m2 space.

At the end of the Roman conquest of 125 BC, the city of Narbonne was the first
Roman colony established in Gaul. One century later, Auguste made Narbo
Martius the capital of the Narbonne province, which extends from Fréjus to
Toulouse and the Pyrenees, and from the Mediterranean to Vienna and Geneva.
Narbonne was also a flourishing economic center during Antiquity, and one of the
largest ports in the western Mediterranean, situated at a crossroads of land, river
and sea routes.
Six hundred meters to the east of the Antique city, at the junction of two roads, the
funerary space occupied 2,000 m2 during the 1st and 2nd centuries AD. Nearly 300
tombs have been found among the estimated 1000. 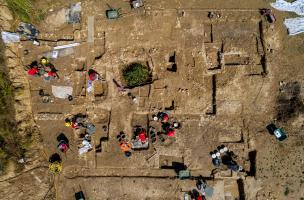 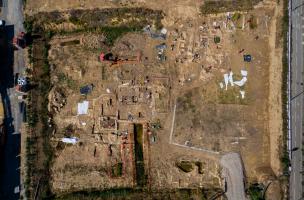 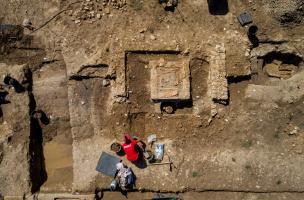 The necropolis is structured by masonry enclosures implanted according to a
regular division of parcels. The parcels enable the archaeologists to discern distinct
groups whose respective practices they will be able to compare. The contiguous
plots, sometimes separated by service roads, display small monuments adorned
with painted plaster. Plaques are sometimes affixed to the monuments. Their
epitaphs document the lives of the lowest commoners (slaves or emancipated),
mostly of Italian origin. They also testify to the economic prosperity of these
plebian circles.
The burials are mainly cremations: there are many pyres and simple graves—often
protected by a tiled covering or coffin. The graves contain burned bones placed in a
container and accompanied by a glass or ceramic jugs, sometimes associated with
perfume vases and lamps. These recipients testify to the importance of the
offerings of liquid (wine?) and perfume in honor of the deceased. Charred fruit
(including dates and figs), personal objects (personal ornaments and hygiene items)
are present in the ashes of the pyres. 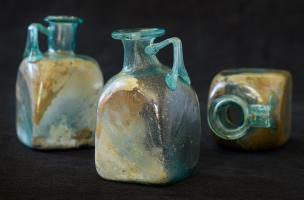 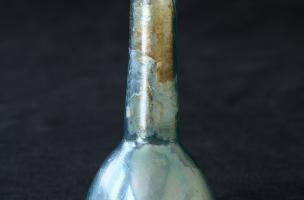 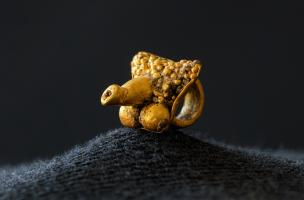 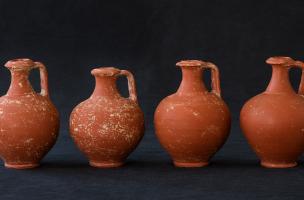 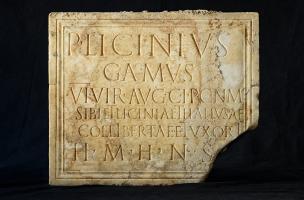 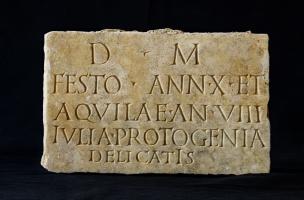 The proximity of a branch of the Aude (today the Robine canal) played a major
role in the exceptional preservation of the archaeological remains. The site was
protected by 3 m of silt from its floods. In addition, recurring floods during
Antiquity sealed the successive states of the necropolis and now enable us to
observe the evolution of the funerary practices and commemorative cults.

At the heart of the funerary rituals

The state of preservation allows us, for once, to understand some of the ritual
gestures; at the time of the funeral, at the stake or in the grave, as well as in the
context of the memorial worship, through offerings in honor of the deceased or
meals consumed in the enclosures.
Rarely attested in Gaul, libation conduits were used in one out of three graves at
Narbonne. Extending above the ground, these conduits are ceramic, sometimes
amphorae, driven into the tomb to get closer to the deceased. They allowed the
introduction of offerings. Some still contain cups used for libations and shells. The
studies of them focus on identifying the libation practices through organic
chemistry analyses.
The diversity of the funerary structures, their state of preservation, and the
superposition of floors and tombs make this a unique site in Gaul, which can be
compared with sites in Italy, such as Pompeii and Rome. It offers a very rare
opportunity to apprehend funerary practices in time and space. The Narbonne
necropolis is already considered as the reference in the study of funerary practices
in Roman Gaul, as well as for our knowledge of the working class in Antiquity. 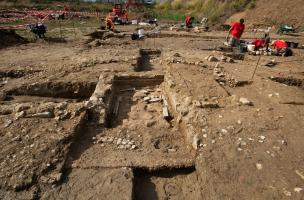 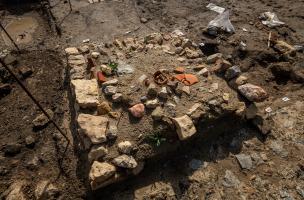 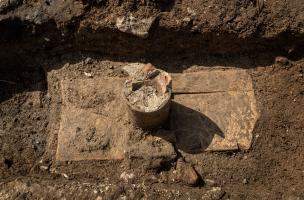 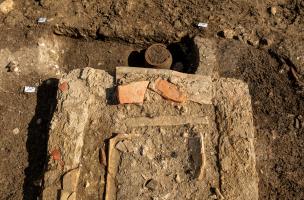 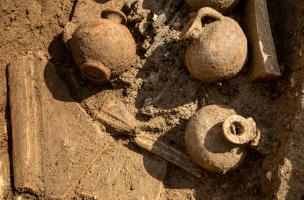 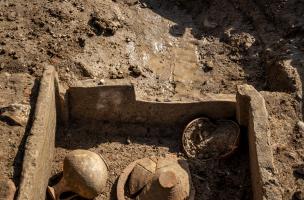 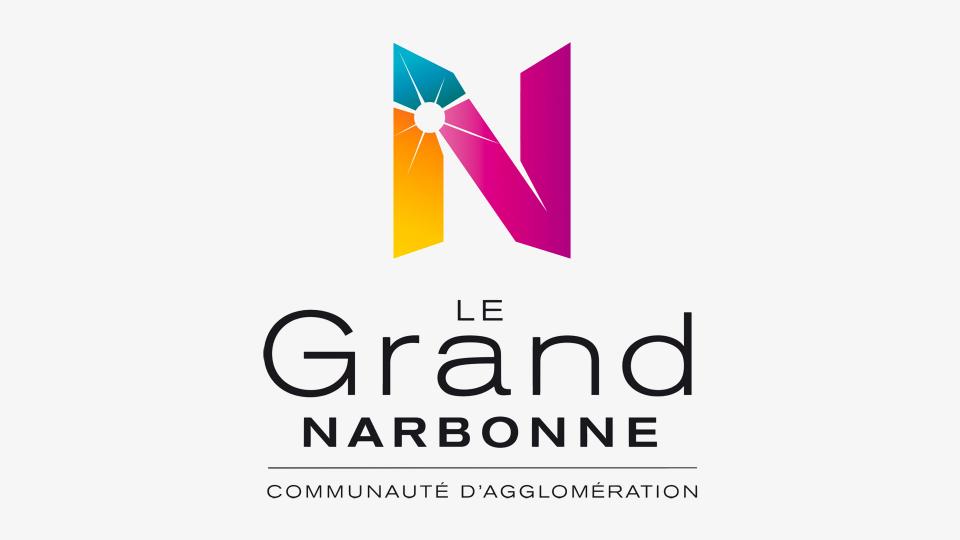