Counterfeit sestertii with an effigy of Postumus at Parville (Eure)

In advance of work on the Evreux city bypass, a team from the Institut National de Recherches Archéologiques Préventives (Inrap) is studying a vast site from the second Bronze Age and the Gallo-Roman period.

The site, occupied from the 1st century BC to the 4th century AD, is located in Parville, a short distance from Roman Evreux. The excavation, curated by the Regional Archaeology Service (Drac Haute-Normandie), will continue until July 2006

Download the press release (May 29, 2006): Counterfeit sestertii with an effigy of Postumus at Parville (Eure) (pdf, 418 Ko)
Archaeological excavation has revealed a large Gallic farm. Situated within a vast enclosure, this farm included domestic and agricultural buildings and a surrounding agrarian space. The limits of the enclosure are materialized by a surrounding ditch of remarkable dimensions (360 m perimeter, 3 m wide and 2 m deep). An embankment runs alongside the inside of the ditch. The construction of this imposing combined ditch and embankment is evidence of collective effort, an abundant work force and of a high ranking hierarchy. The presence of gold and silver coins from distant Gallic towns corroborates this hypothesis.

The Gallic buildings were constructed of wood and soil, and have a rectangular or square plan. Study of these buildings is based mainly on analysis of the postholes for the timbers that supported their walls and roofs.
Agriculture was apparently the principal activity of this establishment. The excavation has found structures necessary for the conservation of agricultural produce, such as underground silos, raised granaries and amphorae.
The presence of iron working debris show that metallurgy was an important artisanal activity.

Associated with this establishment, a cremation cemetery is located around ten metres to the south-east of the enclosure.

Showing a break with Gallic building tradition, the Gallo-Roman edifices dated from the 1st to 4th centuries AD are composed of several buildings constructed on foundations of flint and limestone blocks consolidated with mortar. They are part of a large rural establishment located on the periphery of the Antique Mediolanum Aulercorum (Evreux).

The excavation is concentrated on a rectangular domus type building constructed over the Gallic ditch. It has yielded numerous objects associated with the daily lives of the inhabitants (bone pin, bronze ring, mosaic tesserae, etc.), as well as perfectly preserved bronze scales.

A hoard of false sestertii

About 270 AD, a hoard of coins was buried by the inhabitants of Parville. This small nest egg of 100 bronze coins constituted a reserve of high quality metal. A fifth of this ensemble is composed of used sestertii belonging to the early Empire (Nero, Marcus Aurelius, Commodus…). The remainder consists of double sestertii with a radiating effigy of Postumus (260-269 AD). On the reverse of the coin, a naval victory of the Gallic emperor over Frankish pirates is generally depicted. Though around ten of the coins originate from the official mint in Trier most are counterfeits from a clandestine workshop, which could be that recently in discovered Châteaubleau (Seine-et-Marne). These struck or cast imitations are of generally poor quality.

After 250 AD, Gaul became a highly monetized region where the official tender could no longer satisfy all needs. The monetary policy of Postumus, which imposed a double sestertius weighing only slightly more than the ancient sestertius, proved to be a failure that led to the development of semi-clandestine counterfeiting in Gaul. 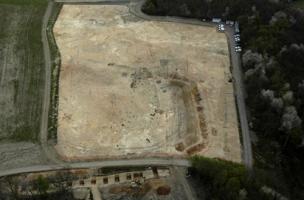 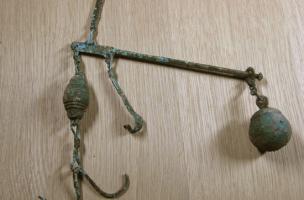 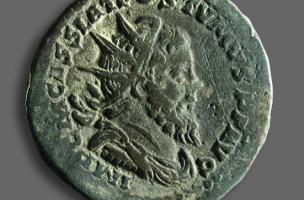 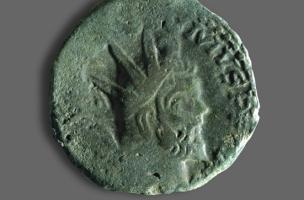 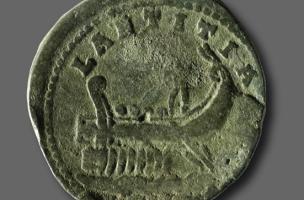 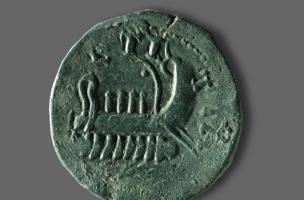