Home
>
News : Inrap news
>
Discovery in France of a new princely grave from the 5th century BC

Since October 2014, a team of Inrap archaeologists has been excavating, under prescription of the State (Drac Champagne-Ardenne), a princely grave dated to the early 5th century BC, in an exceptional monumental funerary complex in Lavau (Aube).

Post date
19 November 2015
Last modified
19 December 2016
In the center of a tumulus 40 m in diameter, the deceased and his chariot lay in the center of a vast, 14 m2 funerary chamber, one of the largest recorded by archaeologists for this period at the end of the Iron Age (Hallstatt period). 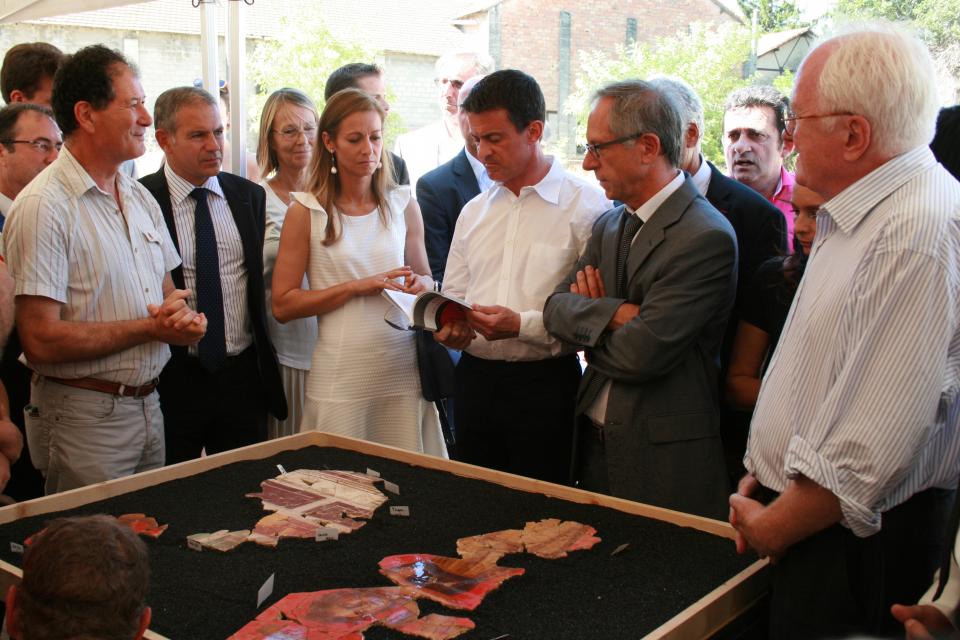 Under the levels of the collapsed tumulus, the tomb contained grave goods representative of the highest status of Hallstattian elites. Placed in a corner, the most ostentatious objects comprise basins, a bronze ciste (bucket), fine pottery with a fluted decoration, and a large knife in its sheath. The most magnificent piece is a bronze cauldron around 1 m in diameter. Its four circular handles are decorated with the head of Achelous, the Greek chief of all river deities, here represented with horns, a beard, the ears of a bull and a triple mustache. The edge of the cauldron is also decorated with eight lioness heads.

The piece is Etruscan or Greek. Inside the cauldron, there is an oenochoe pot with black-figure decoration: Dionysus lying under a vine facing a female. This appears to be a banquet scene, a recurrent theme in Greek iconography. The lip and foot of this jug are set with gold, embellished with a decoration of fine meanders. This is currently the northernmost find of this type. This Greco-Italian drinking vessel reflects the banquet practices of Celtic aristocratic elites. 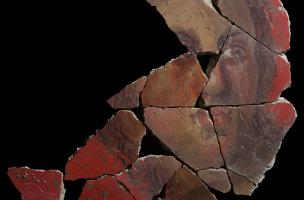 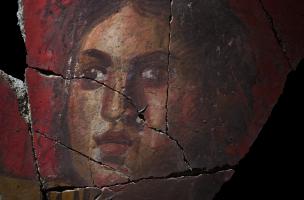 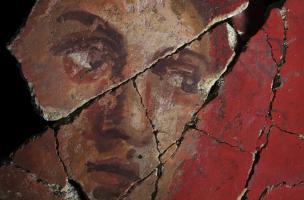 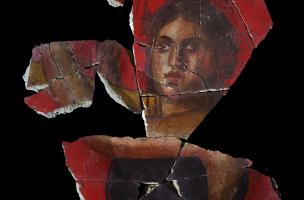 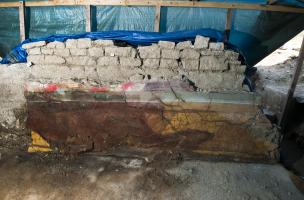 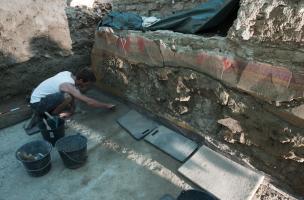 At the end of the 6th century and the beginning of the 5th century BC, economic activities significantly developed in the Western Etruscan and Greek city-states, in Marseille in particular. Seeking slaves, metals and precious goods (including amber), Mediterranean merchants established contacts with the continental Celtic communities.

Those that controlled the natural communication routes, notably in the Loire-Seine-Saône-Rhine-Danube inter-fluvial zone, benefitted from this circulation and their elites accumulated numerous prestige goods, the most remarkable of which are found buried in the monumental tumulus mounds – at La Heuneburg and Hochdorf in Germany, for example, along with Bourges, Vix, and now Lavau.

A funerary space and memorial location

The funerary function of this site is remarkable, notably in its perennial nature. Incineration tombs and burial mounds delimited by trenches were created at the end of the Bronze Age (approximately 1300 to 800 BC). During the Early Iron Age, they were succeeded by a warrior and his iron sword, along with woman decorated with solid bronze bracelets.

At around 500 BC, trenches nearly three meters deep grouped these ancient funerary monuments and the later princely grave within the same monumental ensemble. This memorial location was still in use during the Gallo-Roman period when the mound trenches were emptied and Antique graves then occupied the space.

A renewal of our knowledge of Celtic principalities

The excavation of the Lavau grave contributes new elements to our knowledge of the princely phenomenon during the Early Iron Age in Western Europe. Better preserved than the Vix Chariot Graves (Côte-d’Or) and the Hochdorf Grave in Bade-Wurtemberg (Germany), the Lavau Grave is now being studied using the latest methods and techniques developed by Inrap and already used in the excavation of the Warcq Chariot Grave (Ardennes). A highly complementary interdisciplinary team is thus working in the field to make this an exemplary preventive archeological operation.