Home
>
News : Inrap news
>
Excavation of the “Moulin Rouge” in Thélus, a favored venue for French and German fraternization in 1915

The war journals of Louis Barthas are a rare testimony to the fraternization between French and German soldiers in December 1915 at the “Moulin Rouge” (“Red Mill”) in Thélus (Pas-de-Calais). One century later, in October 2015, the archaeology service of the city of Arras and Inrap explored, with authorization by the State (Drac Nord-Pas-de-Calais), the “Moulin Rouge”, a favored venue for these unofficial ceasefires. 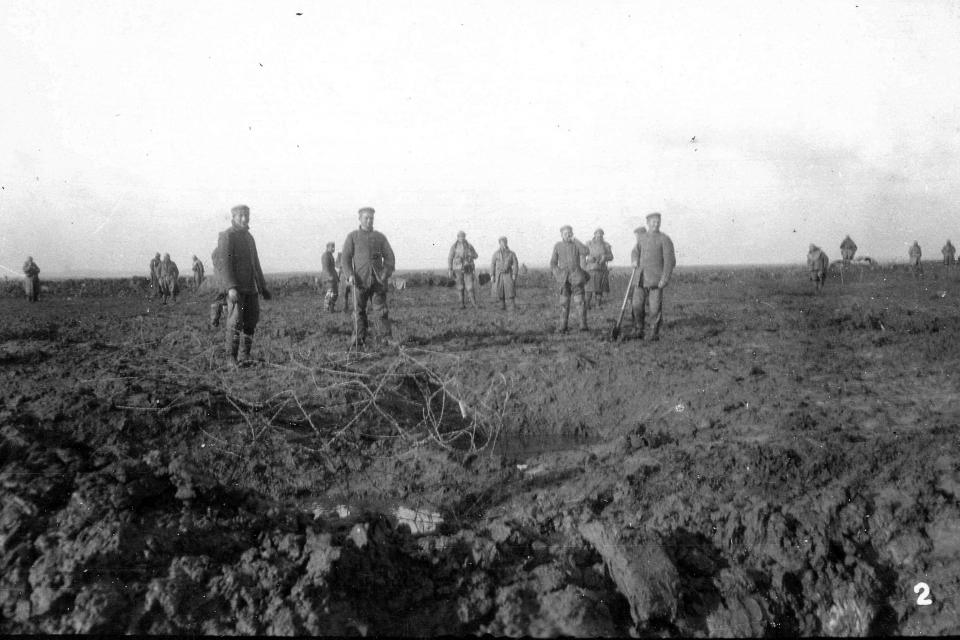 Download the press release (December 17, 2015): Excavation of the "Moulin Rouge” in Thélus, a favored venue for French and German fraternization in 1915 (pdf, 40 KB)

Fraternizing at the “Moulin Rouge”

The Corporal Louis Barthas, the cooper of his station and a native of the Aude region, recounts several cases of this fraternization. He describes the daily exhaustion of soldiers, the deep division between the men within the troop, their hierarchy, the society behind the front line… to the point of feeling closer to the enemies who shared this daily life and against whom they were expected to fight. On 10 December 1915, Barthas’ unit was ordered to maintain the “Trench of the Moulin”, which was flooded by rain. As the soldiers fled the trench so as not to perish inside it, the two camps lowered their arms and exchanged words, handshakes, tobacco and alcohol. “Who knows! Maybe one day in this corner of the Artois we well erect a monument to commemorate this surge of fraternity among men who hated the war but were obliged to kill each other against their will”. This wish of Louis Barthas is at the origin of the first French monument in honor of fraternization, inaugurated on 17 December 2015 in Neuville-Saint-Vaast.

Archaeology of the “Moulin rouge”

With the help of national survey maps, artillery maps, photographs and walking journals, the archaeologists precisely located the place where this event took place, with the participation of Barthas, in December 1915. “Our unit went to occupy a trench on the second line called the Trench of the Moulin. There was indeed a mill somewhere nearby but I did not see it until three days later, reduced to a few bricks scattered across the muddy ground. The miller will be angry when he returns!” The excavation uncovered the foundations of the mill, its annexes (basin, canalization), and the remains of the miller’s house. It showed that the interior of the mill had been fortified by the Germans in 1914, probably to install a firing or observation station. A trench lateral to that of the Moulin still contained some of its timbering.

The archaeology of a battlefield

Artois was one of the most important combat zones of the First World War. In October 1914, the front was installed at the entry to Arras. The city remained French, but the enemy occupied the hills to the north and east, and controlled the mining basin. The three battles of Artois (December 1914, May/June 1915 and September 1915) were mostly failures. More than 300,000 men of both nationalities lost their lives. 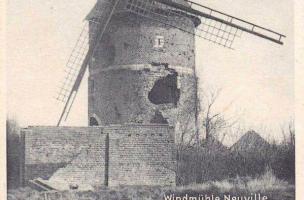 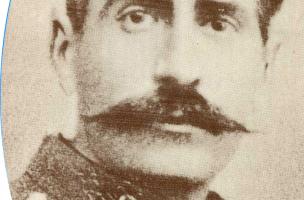 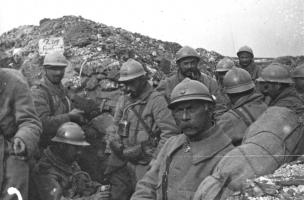 In the Zivy sector, between Thélus and Neuville-Saint-Vaast, French troops a few minutes before the assault of 25 September 1915 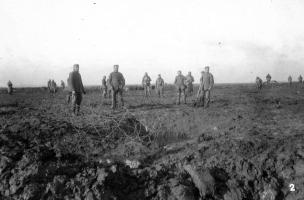 Thélus, in the Zivy sector. A rare photograph of a “muddy ceasefire”, where we see German and French soldiers armed with only shovels, wandering through a “no man’s land” while waiting for the water and mud in the front line trenches to dry, before going back into them to continue combat 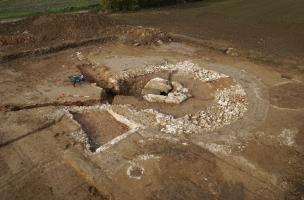 General view of the Moulin Rouge described by Barthas during the winter of 1915, and which was the subject of an archaeological excavation one century later, to the day 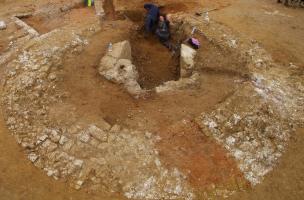 The mill in the process of excavation. At the center of the photo, the part that was cemented by the Germans at the end of 1914/beginning of 1915 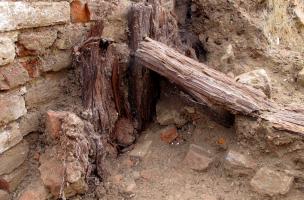 Trench perpendicular to the Moulin Rouge trench, with part of its timbering preserved 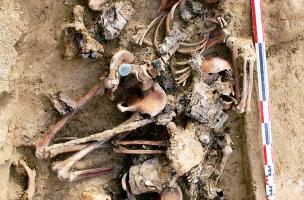 The remains of two French soldiers of the 126th Infantry Regiment, discovered in Thélus in 2012 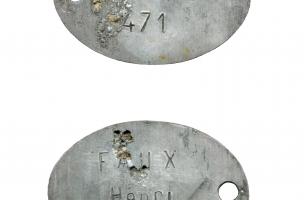 The tag of Henri Faux, a soldier of the 50th Infantry Regiment, incorporated in the Périgueux region and deceased for France on 26 September 1915. The remains of this French soldier were discovered in December 2011 by the Archaeology Service of the city of Arras 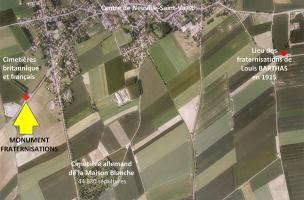 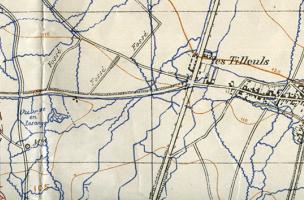 National survey map showing the network of trenches between Thélus and Neuville-Saint-Vaast. The Moulin Rouge described by Barthas was recorded on this map by the military 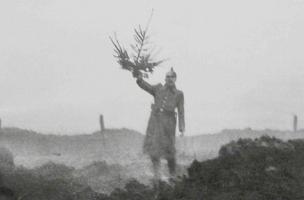 While overseeing the construction work of the Meuniers activity zone in Thélus by the urban community of Arras, the Arras Archaeology Service has exhumed 26 bodies since 2012: 8 Germans, 1 Canadian and 11 French of the 50th Infantry Regiment, 6 of whom have been identified. Before the arrival of the archaeologists, for security reasons, the excavation zone was pyrotechnically de-polluted.

With more than 2,000 collaborators and researchers, Inrap is the largest archaeological research institute in France and one of the most important in Europe. Each year, this national research institute realizes approximately 1,800 archaeological diagnostic operations and 250 excavations in partnership with private and public developers in metropolitan France and its overseas territories. Its missions also include the scientific study and diffusion of the results and the transmission of archaeological knowledge to the public.

The Archaeology Service of the city of Arras

The Archaeology Service of the city of Arras was created in 1977. Since this date, research and preventive excavations have been realized in the city and the urban community. They are regularly published. Six permanent posts have been occupied since 2001, and the service was accredited by the Ministry of Culture and Communication the following year.

The Regional Direction of Cultural Affairs

The Regional Direction of Cultural Affairs – Regional Archaeology Service enforces, within the region, the State policy concerning archaeology. Its mission is to inventory, study, protect and preserve archaeological patrimony, as well as presenting it to the public. It establishes archaeological prescriptions and delivers excavation authorizations. It enforces the legislation on archaeology (Livre V du code du Patrimoine, etc.) and contributes to the enrichment and updating of the archaeological map of Nord-Pas-de-Calais by collecting information from surveys, excavations, bibliographic references and studies of ancient collections. The Regional Archaeology Service ensures the diffusion of publications, making them available on the Drac Nord-Pas-de-Calais internet site.