An archaeological excavation carried out by order of the State (DRAC Bourgogne) to the north of Autun, in the context of a social housing project, has revealed to Inrap archaeologists an ancient habitation site. The earliest remains date from the start of the 1st century AD, when the town was founded. Autun was constructed by order of the first Roman Emperor, Augustus, (27 BC - 14 AD) and was named after him: Augustodunum.

A gift from Rome to a long time ally, it replaced the Gallic capital of the Aedui tribe, the oppidum of Bibracte located on Mont Beuvray. The town of Autun became one of the largest in northern Gaul, due to its craft industry, cultural influence and position as capital city. The excavation of this site shows the development of a part of the city that was both a craft quarter and a residential area. 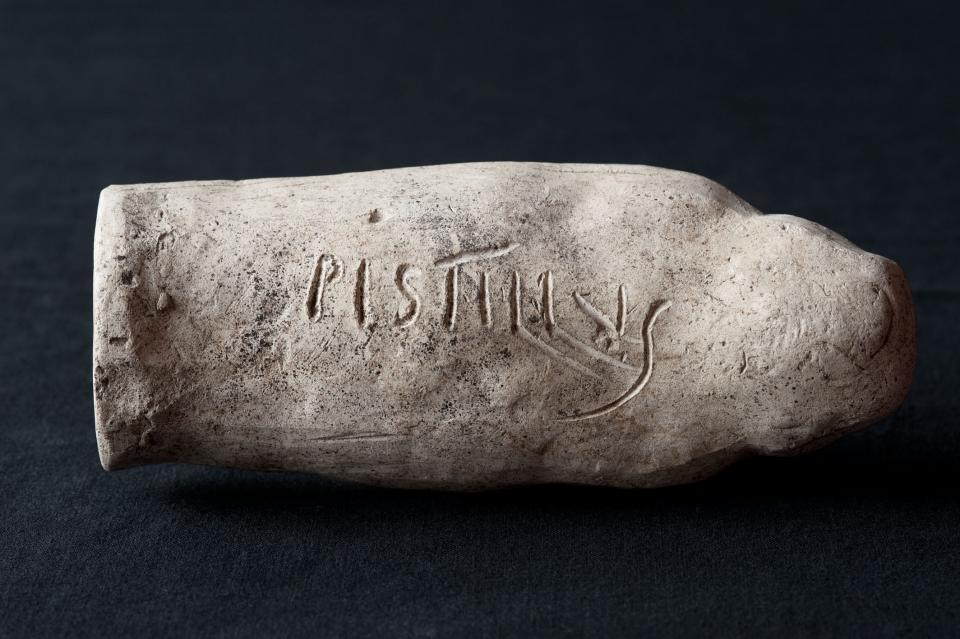 Between the 1st and 3rd centuries AD, a great number of small figurines were produced and distributed across Gaul, and even beyond.  These white clay statuettes were produced by casting with very fine clay. The two faces, cast separately, were stuck together with clay slurry then fired, before sometimes being painted. In Roman Gaul, several workshops mass-produced these popular images, which were aimed at a clientèle too poor to purchase bronze statuettes.

As Camille Jullian reminded us in 1920 in his History of Gaul, many of these statuettes have come down to us over the years: "Allusa at Bordeaux, known for his Mothers; the Armorican Rextugénos, for his hieratically rigid Venuses; Sacrillos the Arvernian, from Toulon-sur-Allier, the leading supplier of doves; and above all Pistillus the Aedui, who was a master of the family genre, filling the whole of Gaul with nursing Mothers, children in cots, domestic beds, and guard dogs.

It was thought that Pistiulls was active at Autun around the end of the 2nd century and the start of the 3rd century AD. His production was widely distributed across the whole of Gaul, in the direction of the Atlantic, (via Bourges, Poitiers, Nantes, etc.), towards the east and the north-west along the Via Agrippa. It also reached upper Germany, the provinces of Raetia and Noricum (Mayence, Bavaria, Lake Constance, Austrian Tyrol). The discovery by the Inrap archaeologists of a potter's oven, moulds, figurines and firing failures signed "Pistillus" confirm the presence of his shop at Autun. Pistillus differs from other coroplaths (figurine makers) by his meticulous statuettes and different themes: protective goddesses, Venus, Abundance, and animals, but also tender representations of Roman intimacy such as The Bordeaux lovers, discovered in 1850 where a man and woman exchange caresses in a Roman bed, under the protection of a sleeping dog.

A quarter of craftsmanship and fine residences

Metal working activity is also in evidence on the site: bronze working is attested by the presence of crucibles for the melt, pieces of moulds and blocks (anvils) for making sheet metal, together with numerous fragments of waste material. For iron, waste pits yielded pieces of nozzles (bellows), numerous pieces of slag and scales that demonstrate the presence of forges. Pouring waste has also been discovered, which is characteristic of the reduction of iron ore. This initial stage in iron metallurgy is extremely rare in an urban context.

In contrast, hypocaust rooms (rooms with underfloor heating) have been unearthed. A few tiles of glass mosaic and numerous fragments of painted plaster found in the destruction fill attest to the decorations of the houses. Installations connected to water (wells, pipes, containers to collect rainwater) are found in the interior courtyards. A long section of drainpipe demonstrates the facilities created during the founding of the town.

The excavation has also produced some marble statues, such as a Janus head representing Hermes and Pan (or Dionysus), a plaque with a dedication to a previously unknown equites, a member of the Roman equestrian order and military tribune of the XXIIth legion: Tiberius Claudius Potitus Sabinianus. 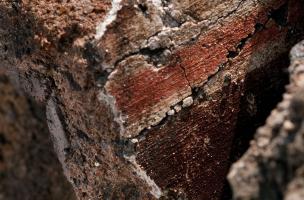 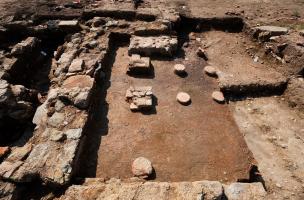 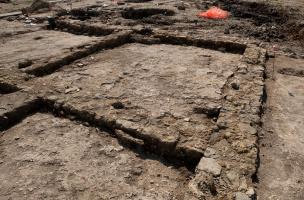 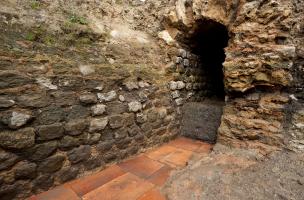 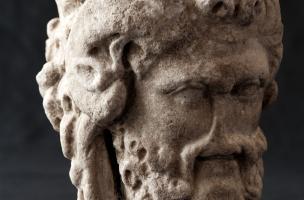 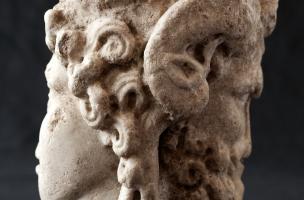 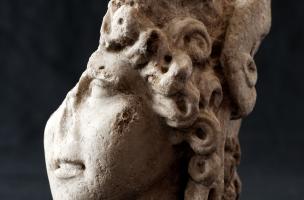 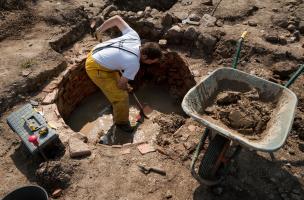 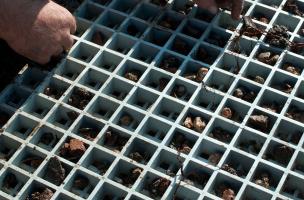 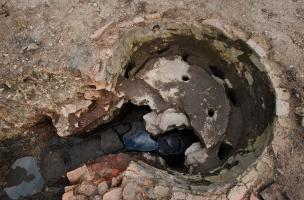 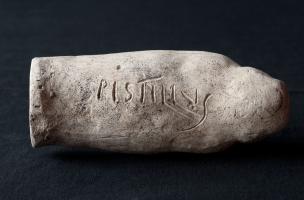 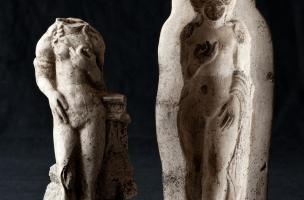 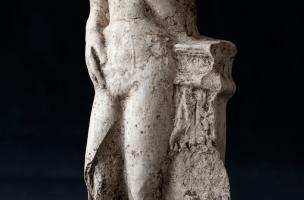 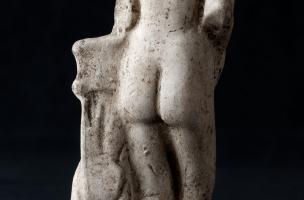 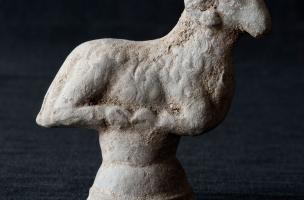 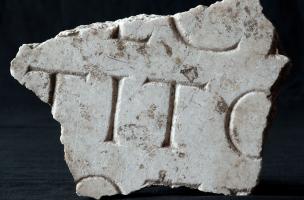