A Final Paleolithic burial is discovered in Cuges-les-Pins

Since March 2013, a team of Inrap archaeologists has been excavating 1.8 hectares in the ZAC of Vigneaux in Cuges-les-Pins (Bouches-du-Rhône).

This excavation, curated by the State (Drac Provence-Alpes-Côte d’Azur), is part of a development project entrusted to SAEMPA by the agglomeration community of the Pays d’Aubagne et de l’Étoile. In addition to a Neolithic settlement, the researchers are now uncovering a Paleolithic burial.

Only 200 burials from this period have been discovered in Europe, from the Atlantic to the Ural Mountains. The one now being excavated in Cuges-les-Pins is attributed to the end of the Paleolithic, approximately 11,000 to 12,000 BC. It already constitutes an exceptional discovery. The skeleton has been only partly exposed and many questions remain. Meanwhile, flint artefacts and a fireplace show that there was an open-air campsite that was probably inhabited at the same time as the burial. Such campsites located on a plain are very rare because they are more difficult to detect than occupations in rock shelters or caves. 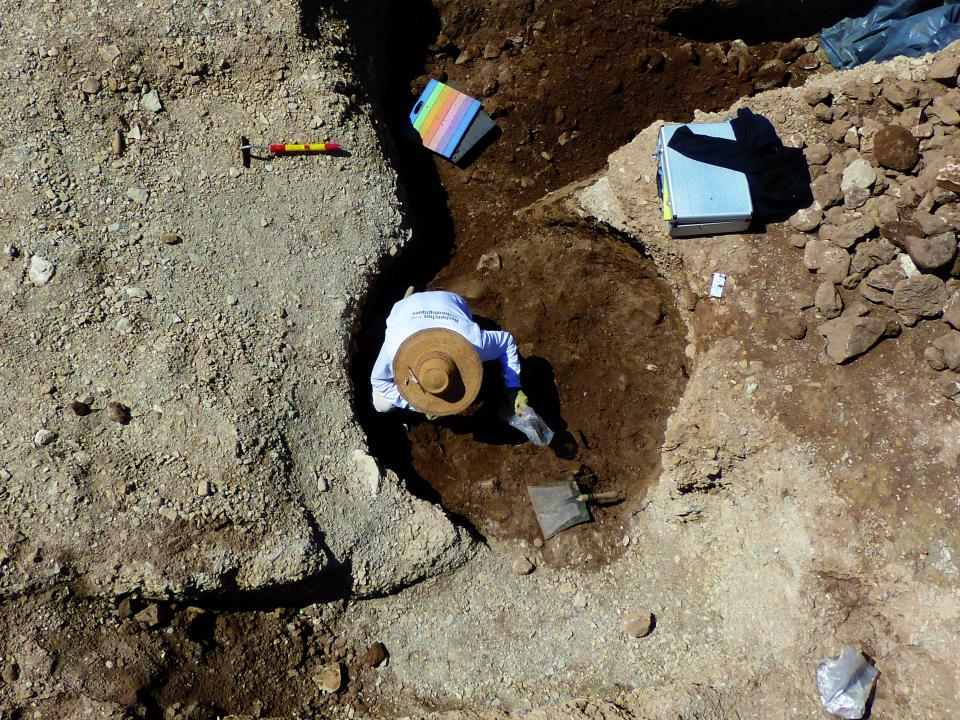 The flint tools present in the fill of the tomb are typical of the Epigravettian (or Tardigravettian) period, a cultural facies present in Mediterranean, central and eastern Europe at the end of the Upper Paleolithic. A Carbon 14 date, currently in progress, will provide more precise information on the chronology of this burial, which is the first one attributed to this culture in France.

In continuation from the Gravettian (27,000 to 20,000 BC), Epigravettian (20,000 to 10,000 BC) tools include a specific type of flint point: armatures (objects that were hafted onto projectiles to be used for hunting) made from small, straight blades (known as "bladelets”) that were modified by steep retouch to form a "back” opposite a sharp edge. The points found at Cuges-les-Pins appear to correspond to the Final Epigravettian (approximately 12,000 to 11,000 BC).The funerary practices of Late or Final Epigravettian peoples have been extensively recorded on the Italian Peninsula, from Veneto to Sicily. Eight sites have yielded burials containing around forty individuals. All of these burials were found in caves or rock shelters, however, while the one in Cuges-les-Pins is currently the only one known from an open-air site.In the Italian burials, the deceased were most often laid on their back and accompanied by personal ornaments, tools, animal bones and ochre.

It is not yet possible to determine if the Cuges-les-Pins burial is associated with grave goods, nor to identify its physical features (age, sex, pathology or possible wounds, etc.). Three small beads (perforated shells of a Mediterranean gastropod, Cyclope neritea) have nonetheless been recovered from the sediments above the body. More than one thousand beads of this type were discovered in the double Epigravettian burial in the Grotte des Enfants in Balzi Rossi, in Vintimiglia (Liguria).

There is also a later Neolithic occupation at Cuges-les-Pin. Based on its pottery, flint tools, bone tools, groundstones and personal ornaments this occupation has been attributed to the Middle Neolithic (4500-4000 BC). Numerous pits, initiallyused for grain storage, were later used as waste dumps. There are also postholes, which were associated with the buildings, houses and granaries.A large circular enclosure of around 40 meters in diameter and associated with a palisade was also discovered. This is a unique feature in the Middle Neolithic of this region, which appears to have served to protect the livestock.
Tombs scattered across this occupation have also been excavated. 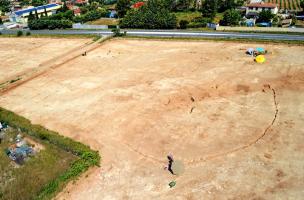 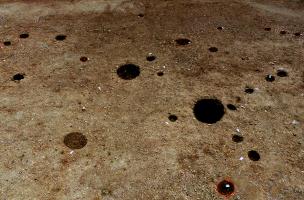 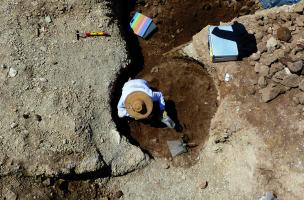 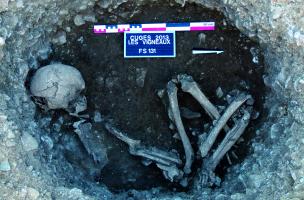 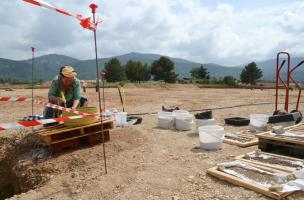 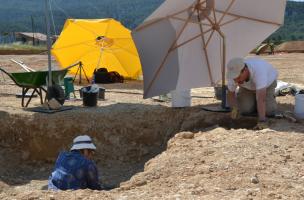 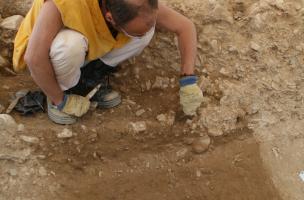 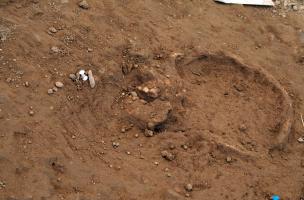