Inrap conducts research in the prehistoric cave of Mas d’Azil

An Inrap team has intervened, under the curation of the State (Drac Midi-Pyrénées), in the monumental cave-tunnel of Mas d’Azil (Ariège Department) in the context of a touristic development project.

This immense cave, one of the major prehistoric sites in France, is traversed by the Arize River and the Departmental road 119. It has been classed as a historic monument since August 1942. It is also a very popular tourist site. The construction of a visitor center and site path by the commune of Mas d’Azil requires several diagnostic archaeological operations. Two phases have already been completed. The first concerns a trench to house the buried pipes that traverse the road and the second concerns the visitor center located inside the cave.

The cave of Mas d’Azil and French prehistory

Download the press release (March 8, 2012): Inrap conducts research in the prehistoric cave of Mas d’Azil (pdf, 44 KB)
The first research at this paleontological and prehistoric site was realized in 1860. Félix Garrigou presented the general stratigraphy in 1867. Twenty years later, Édouard Piette conducted extensive excavations. Throughout these years, thousands of flint tools and hundreds of portable art objects were recovered in the cavity. In 1901-1902, Henri Breuil defined the chronology of the Magdalenian culture based on his excavations at Mas d’Azil and discovered the first parietal art works in the cave (bison, horse, feline, fish, etc.). Between 1936 and 1958, Joseph Mandement discovered numerous unknown cavities. But it was Marthe and Saint-Just Péquart who excavated the deep gallery, from 1935 to 1942, and revealed one of the rare "occupations in an obscure cave”, in which a few masterpieces of Magdalenian art were found: spearthrowers, pierced batons, contour cut-outs, etc. Since this time, little research has been conducted in the cave. The right bank, where the decorated cavities are located, was believed to be sterile except for a small amount of back dirt from the early excavations.

The cave of Mas d’Azil is the eponymous site of a culture that succeeded the Upper Paleolithic: the Azilian, defined by Edouard Piette in 1887-1889. Between 10,000 and 7,500 years ago, this Epipaleolithic culture, situated between the Upper Paleolithic and Neolithic, was characterized by Red Deer antler harpoons with an elongated perforation at the base, very short end-scrapers and more or less geometric projectile elements (Azilian Points). Art is represented by painted or engraved pebbles.

Two new structures in the heart of the cave

The unique site of Mas d’Azil is also open to the public. Its visitors can discover the cavities on the right bank of the Arize River. Opening into the middle of the cave, this underground network forms a complex succession of deep and obscure halls and galleries. They have yielded paleontological remains and Upper Paleolithic artifacts, mostly from the Magdalenian period, which is rich in parietal art, portable art, tools and human remains.

Today, the entire section open to the public is being restored and new structures are being constructed (a footpath above the river and a large visitor center at the beginning of the deep gallery network). Even if the impact of these constructions has been intentionally limited, each zone must be evaluated by a diagnostic archaeological operation. An Inrap team has recently begun research on the trench that traverses the road and the site of the future welcome center. Other operations will later be realized in the various zones of the visitor’s path.

An exceptional stratigraphy covering all of the Upper Paleolithic

Extensively explored since 1860, the right bank of Mas D’Azil has suffered greatly due to its early discovery. Today, all that remains are a few bits of back dirt from the early excavations. Under the road, the diagnostic operation by Inrap has confirmed this situation. The few flint artifacts and reindeer and bovid bone remains discovered in this context were mixed during its construction.

Fortunately, the diagnostic operation realized in the location of the future visitor center has revealed a long stratigraphy, several meters deep. Sand and pebble layers were deposited by the Arize River during ancient floods contemporary with the last Quaternary glaciation. Below and above (before and after the floods), other layers very rich in stone and bone artifacts were constituted by the activities of the Upper Paleolithic occupants of the cave.
The study of the recovered artifacts is still in progress, but the first dates obtained by the Carbon 14 method reveal a first chronology of the occupations. Most of the earliest occupations, found under the flood layers, are attributed to the Aurignacian culture (35,000-33,000 years ago). Later (14,700 years ago), the Magdalenian culture arrived after these extensive floods that engulfed the cave. Until now, these floods had never been perceived at Mas d’Azil. They are significant in the history of Pyrenean cavities. In addition, it was thought that Aurignacian peoples did not live deep in caves, but at Mas d’Azil such occupations have now been revealed.

This discovery is important because it enriches the heritage of this site, particularly in the zone visited by the public. Modern archaeological methods permit archaeologists to replace some of the artifacts conserved and isolated in museums within the original context of the site. The discovery of a complex stratigraphic sequence, at the base of which Aurignacian peoples left numerous remains of their occupations of the site, is an important contribution to our knowledge of Prehistory. The study of this previously unknown stratigraphy and its formation processes, and the extension of this archaeological and geomorphological evaluation to the entire cavity, will contribute significant new information.

This research by Inrap is conducted in close collaboration with a team from the University of Toulouse (TRACES, UMR 5608) and participates in a broad research project concerning ancient collections and archives, in the framework of a valorization of the cave of Mas d’Azil. The immense network of galleries in Mas d’Azil has not revealed all of its secrets. 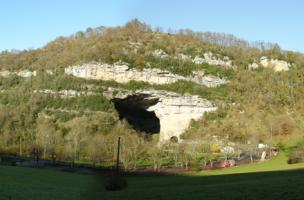 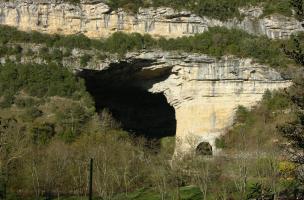 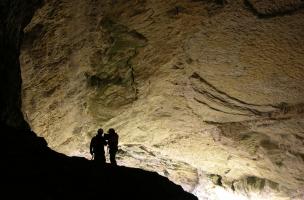 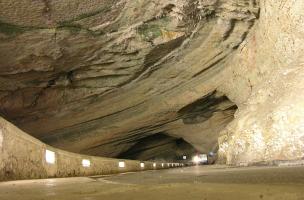 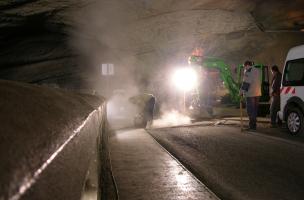 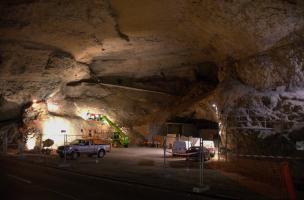 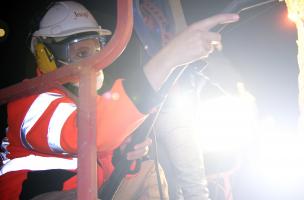 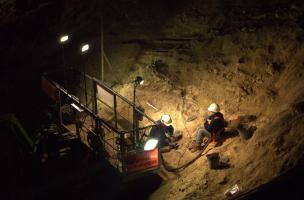 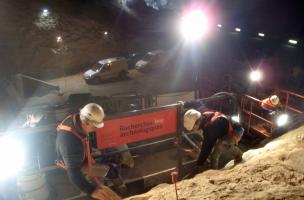 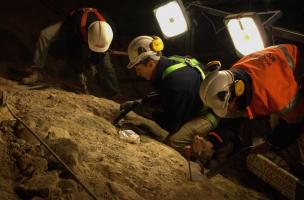 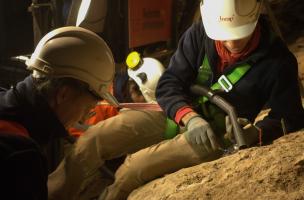 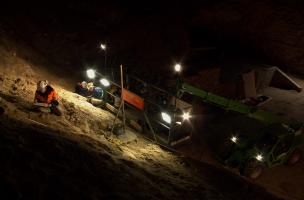 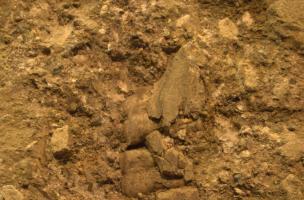 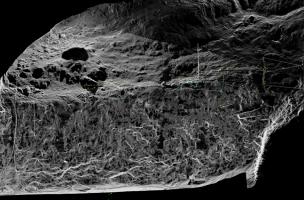