An Inrap team is currently excavating, by order of the State (DRAC Pays-de-la-Loire), the site of the future Jacobins Cultural Centre project initiated by the town of Le Mans.

The archaeologists are exhuming the victims of the lethal battles that occurred on December 12 and 13, 1793. This episode of the War in the Vendée, known from historical texts, was unknown from the archaeological point of view, since no mass grave linked to the event had been the subject of an archaeo-anthropological study.

The Virée de Galerne campaign and the battle of Le Mans 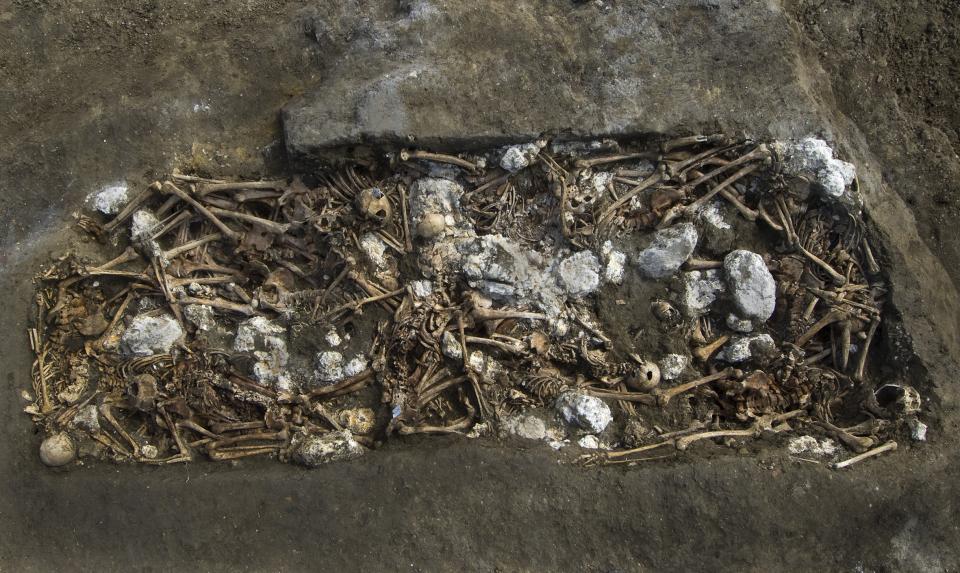 On December 10, 1793, the Catholic and Royal army took over Le Mans. The Republican troops retook the town on December 12 and 13. 20,000 to 30,000 Republican soldiers faced 30,000 to 60,000 Vendeans, of whom 10,000 to 20,000 were combatants. Most of the Vendean army fled the town in a forced march in the direction of Laval. Following the fighting, there were reprisals on prisoners and fugitives - the sick, injured, elderly, women and children - at Le Mans and in its surroundings. 2,000 to 5,000 Vendeans were killed in the battle, with barely a hundred dead among the Republican forces. This great Vendean army, mainly composed of the inhabitants of Angers, was already subject to high mortality, even when not fighting, due to an epidemic of dysentry accompanied by a putrid fever: "the Brigantine sickness".

The battle of Le Mans is an important episode in the "Virée de Galerne" during the first Vendée war. The "galerne" is the wind from the north-west, and here and for the Vendeans signifying the land to the north of the Loire River. The Virée de Galerne began on October 18, 1793, following the defeat at Cholet. It ended with the annihilation by Kléber's troops of the Catholic and Royal army led by the 21 year old general Henri de la Rochejacquelin at Savenay, on December 23, 1793.

The archaeology of a disaster

Today, some of the pits containing these victims are being excavated for the first under optimal conditions by this team of anthropologists and archaeologists. Nine mass graves contain the remains of at least 140 people. Individuals are sometimes head to tail. Some still possess buttons from shirts and breeches, boot or gaiter buckles, penknives, rosaries...
Most of the pits have been filled by a thick layer of quicklime. The chaotic arrangement of the bodies indicates a mass grave that was dug quickly, without any true funeral rites.
Apart from a few adolescents, the buried bodies are all those of adults, both male and female.
The bones of many of the bodies bear the scars of violent fighting with blades: fractures, sharp incisions, sliced lower jaw, cut upper jaw, pierced shoulder blade...  Impacts from firearms on the bones are in the minority, but they are present, and are confirmed by the discovery of musket balls and nails revealing volley fire.

The anthropology of combat

The careful study (macroscopic and microscopic) of these lesions, their position, size, direction and angle, allows the reconstruction of the actions leading to the trauma and their chronology, together with the identification of the weapon or object responsible for the wound (weight, power, condition, etc.) and the relationship with the historical data available on armaments at the end of the 18th century. The characterisation of these blows inflicted by weapons described in the historical texts and known to museums will allow the creation of a reference system for other types of armed, non-documented, conflict. In this too, this excavation forms part of a new research approach.

The anthropology of a population

Beyond the event itself, the osteological study provides a picture of a particular population at the end of the 18th century. The suddenness of the deaths and the contemporaneity of those deceased offer a rare opportunity to characterise the demographical and health aspects of a population.

In 2005, Inrap excavated the Napoleonic camp of Étaples (1803-1805), established by the Grande Armée with a view to the conquest of England. Today an important episode of the French Revolution has been illuminated by this important archaeological discovery. The excavations undertaken at Le Mans are an exceptional chance to understand the behaviour of a society facing a crisis (in this case thousands of dead littering the streets of the town), to perceive the nature of the fighting through the trauma inflicted, and to highlight the demographic recruitment of those engaged in this Revolutionary conflict.

"Crisis" or "disaster" graves are a new research theme in modern archaeology. After the mass graves at Vilnius (Lithuania) and those of Kaliningrad (Russian Federation), Inrap will next excavate at Borisov, in collaboration with the History Institute of the National Academy of Sciences of Belarus at Minsk, site of the pontoons constructed across the Berezina by the Grande Armée during the Russian retreat in November 1812. 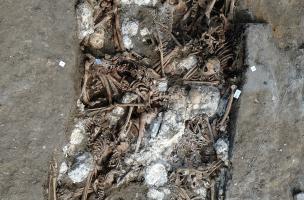 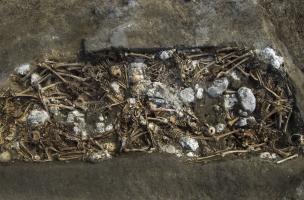 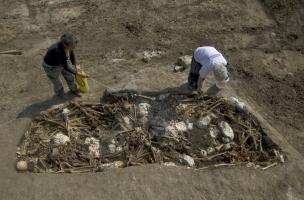 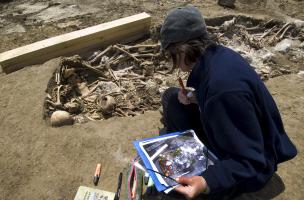 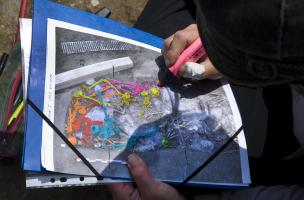 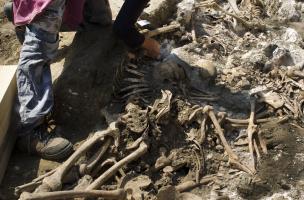 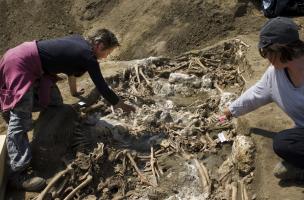 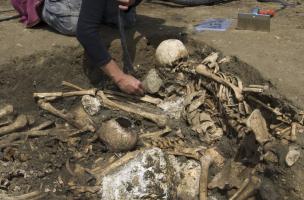 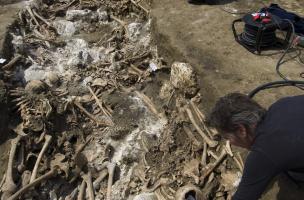 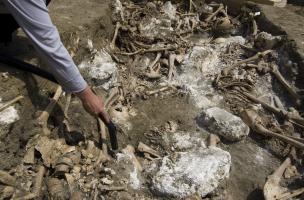 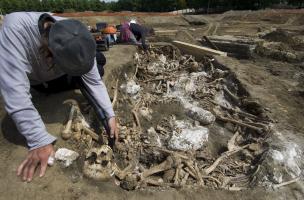 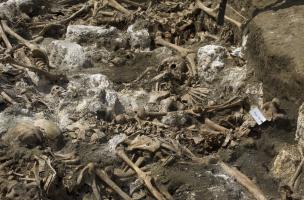 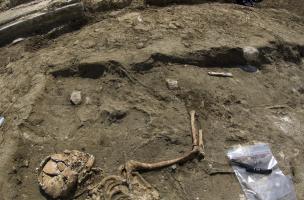 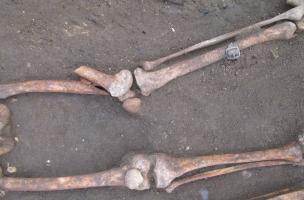 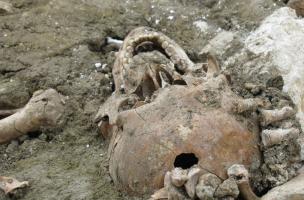 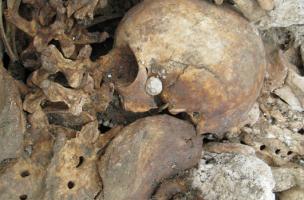 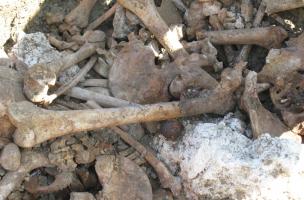