Home
>
News : Inrap news
>
National survey of the Bronze Age: a first in the field of archaeological research in France

National survey of the Bronze Age: a first in the field of archaeological research in France

In Bayeux, on November 29 and 39, 2011, Inrap organized a round-table on "Settlement and land occupation during the Bronze Age and early Iron Age in France” to present the first results of a national survey devoted to this topic.

Post date
09 January 2012
Last modified
19 January 2017
The Bronze Age has long been considered as a transitional period, of varying durations, between Neolithic societies and the first Gauls of the Iron Age. Research conducted over the last twenty years, especially in the context of preventive archaeology, has contributed abundant new information, shedding light on the role of this period in the construction of modern landscapes. Nonetheless, this information remained sparse, poorly inventoried and under exploited.

Download the press release (January 9, 2012): National survey of the Bronze Age: a first in the field of archaeological research in France (pdf, 30 KB)
Launched in 2008, in the framework of the research programs of Inrap, the goal of this survey was to inventory and analyze recent data on early Protohistoric periods (between 2200 and 600 BC), and in particular, the settlement patterns of the Bronze Age. More than 70 researchers, affiliated with Inrap and collaborating institutions (CNRS, Universities, Regional Archaeology Services, Departmental Archaeology Services, etc.), have participated in this project. The analysis of more than 1700 operations (diagnostics and excavations) allowed the constitution of a national database.

The Bronze Age is now seen as a decisive period in the construction of landscapes. The impact of agropastoral production activities significantly modified the environment, even in areas rarely occupied by humans until this time, such as mountainous zones. At the same time, the establishment of road systems and land divisions reveal changes in agrarian practices (small plow farming). The forms and functions of settlements, along with the networks they constitute, reveal significant mutations, including the development of a very hierarchical society.

The survey also highlighted the role played by funerary spaces as indicators of territorial organization. In southern France, immense necropolises, sometimes containing several hundreds of individuals, form vast "cities of the dead”, disconnected from settlements and occupying specific locations (interfluves, etc.). Further north, other monuments, such as the large tumulary ensembles occupied for long durations, show the importance of the symbolic manifestations of the appropriation of space.

While the Bronze Age, during which a new rurality emerged, is characterized by global changes, such as demographic growth and climatic modifications, only the existence of a more pronounced social hierarchy and the establishment of territories with their own developments can explain the clear differences observed from one region to another.

This synthesis is a first step. The database, which is still being enriched, has now made a huge mass of information available – much of which originates from archaeological diagnostics and excavations of large surfaces – that now remains to be exploited. It will be just as necessary to confront these trends with those observed in other European countries where preventive archaeology has also contributed to renewing the archaeological record and models.

This national survey of the Bronze Age is coordinated by Laurent Carozza (CNRS), Cyril Marcigny and Marc Talon (Inrap).
It associates more than seventy researchers, a great majority of whom are Inrap archaeologists, who have contributed to nearly 1000 days of research from 2008 to 2011.
Its results will published in 2013 in the collection "Recherches archéologiques”, co edited by Inrap and CNRS editions 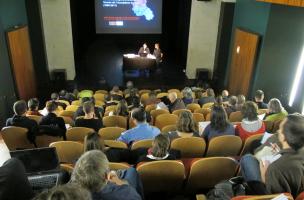 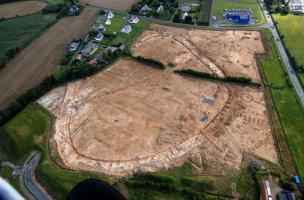 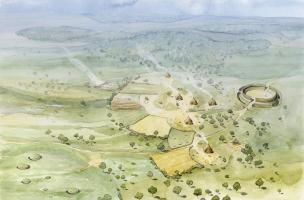