The underground surprises of Sébastopol Boulevard: archaeology of theTrinity cemetery

Until March 2015, and Inrap team is excavating, under prescription by the State (Drac Ile-de-France), 100 m2 of the basement of the Monoprix RéaumurSébastopol store in Paris, in advance of the renovation of this basement into storage space.

The lowering of the ground level of part of the basement, two floors underground, led to the discovery of numerous human bones belonging to the cemetery of the Trinity hospital. For the first time in Paris, this research has permitted the study a hospital context within the city itself, in which several establishments of this type existed.

The Félix Potin building and the Trinity cemetery

The Monoprix Réaumur-Sébastopol story occupies the former Félix Potin building, built on the location of the Trinity hospital cemetery, founded in the 12th century and destroyed at the end of the 18th century.
The excavation of the graves contributes to our understanding of the funerary practices in hospital contexts during the medieval and modern periods. In particular, it provides an opportunity to observe the management of the dead by the living in cases of death crises (epidemics, fevers, famines). 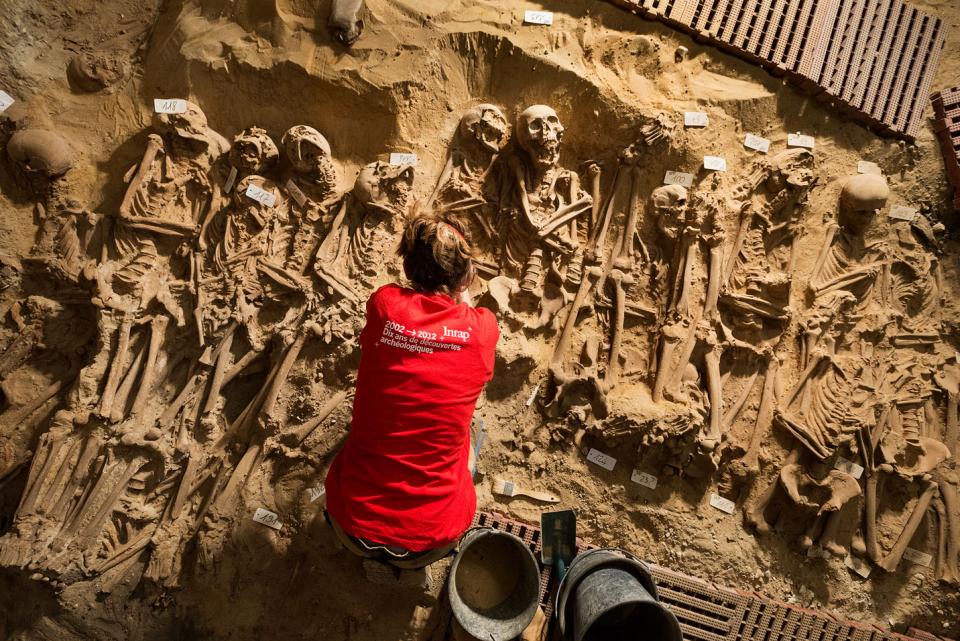 As of today, eight multiple graves have been discovered. Seven of them contain between five and eight individuals in two to five levels. The eighth grave it is much larger, with more than 150 individuals identified thus far. They were carefully deposited in the grave and display a very organized manner of placing the bodies: at least two rows of individuals were laid out with the feet of one being aligned with the head of another. A third row seems to extend beyond the limits of the excavation.

The bodies are deposited in five to six levels. This very large communal grave, whose complete dimensions are still unknown, appears to correspond to a mass mortality crisis whose cause has not yet been determined. Adults (women and men of all ages) and children are represented. The bone remains do not display lesions (pathologies, traumas) that would enable the identification of the cause of mass death. DNA samples are currently under analysis to determine this. Radiocarbon dates will also be realized to shed light the chronology of these communal graves. 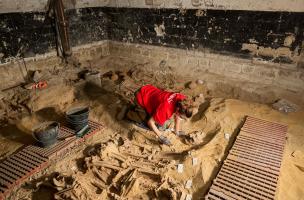 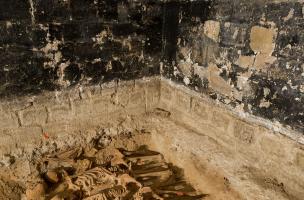 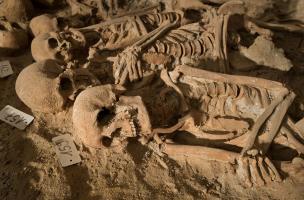 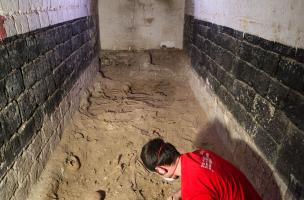 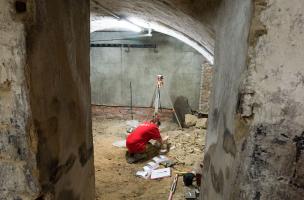 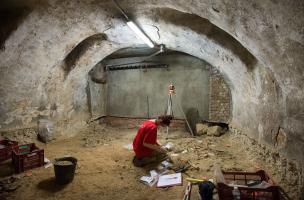 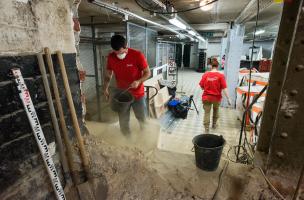 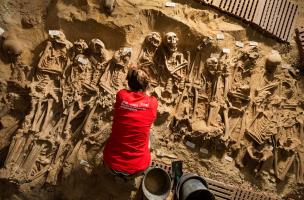 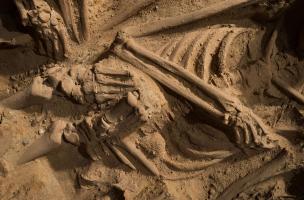 The contribution of new knowledge

Following the excavation, the study of this corpus will be carried out with several aims: to better understand the management of the dead through the manner in which the bodies were deposited in the different graves, the spatial and chronological organization of the cemetery, and the possible distribution of the deceased according to biological (age at death, sex, etc.), and sanitary (epidemic?) criteria. The study of texts and ancient maps of Paris will complement our knowledge of this hospital site.

There are very few opportunities to excavate this type of context and many aspects of the funerary practices associated with medieval and modern hospitals remain poorly known. In France, less than a dozen sites have been studied from an anthropological perspective and syntheses on the subject are rare. Several hospital establishments existed in France, and the results of this first archaeological excavation, in conjunction with the study of archival documents, will shed new light on many aspects of them.