Bergerac, first Neolithic village in the South-West of France

A team from the National Inrap is at present excavating the remains of a Neolithic village in the Vaures quarter of Bergerac. While the Bergerac region is well-known for high quality flints widely exploited during Prehistory, Neolithic dwellings in the area, on the contrary, are little known. The excavation is curated by the  Regional Archaeology Service (DRAC Aquitaine).

The discovery of more than twenty dwellings over an area of an hectare and a half has just filled this gap. They all date from the Late Neolithic period, circa 3500-3000 BC. These houses have a rectangular floor plan with convex extremities, and are from 15 to 25 metres long by 4-5 metres wide, resting on sill-beams whose imprints are still visible.

Their pitched roofs were probably made of organic materials. There are enough dwellings to have formed a village. Not all the structures are of the same period: new houses cut across more ancient buildings, yet others have a different alignment.

Bergerac, made of earth and wood

At present, a long kiln, containing heated stones, whose plan and organisation are unique in French Late Prehistory, is being excavated.

What do we know of the Neolithic dwellings of the South-west of France?

Large enclosures surrounded by ditches have been found in the Charente basin area, the Marais Poitevin, the North of Dordogne (Peu-Richard at Thénac, Champ Durand at Nieul-sur-l'Autize, Fontbelle at Ségonzac, the Bois du Fau at Festalemps). In Dordogne, a few small caves were also used by farmers (Cave of Campniac near Périgueux).

The discovery of the Bergerac Neolithic village results from an improvement in excavation techniques, large-scale excavation and the broader research exploration of valleys by preventive archaeology.

An excavation of national research significance

Between 3800 and 2000 BC, during most of the Neolithic period, the presence of such villages is exceptional in the whole of France. From this period only the lakeside settlements of the Alps and Jura, or the dry-stone villages of Languedoc have been found. The Bergerac excavation now makes it possible to study, over a wide area, the organization of a Neolithic village, its way of life and the inhabitants' technical know-how. It also casts light on the production and diffusion of polished flint axes which were exported from the Bergerac area over the whole of the South West corner of France, and well beyond. 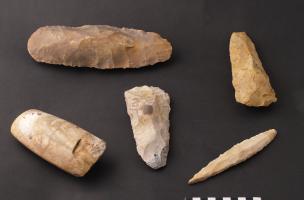 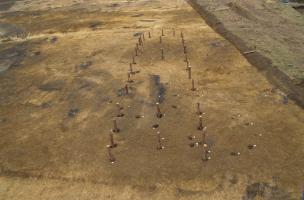 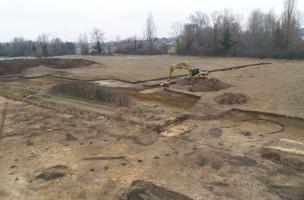 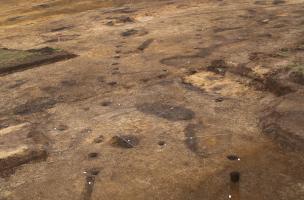 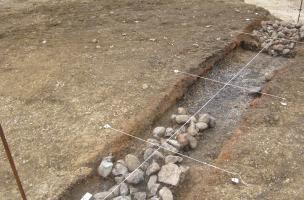 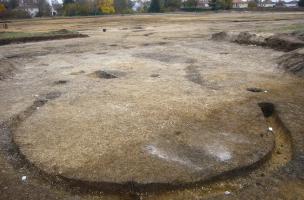