An exceptional Neolithic site at Pont-sur-Seine

The village uncovered there is exceptional for its occupation density, the monumental nature of its buildings and the style of some of its architecture, found here for the first time.
This discovery is unique in France, and perhaps Europe. 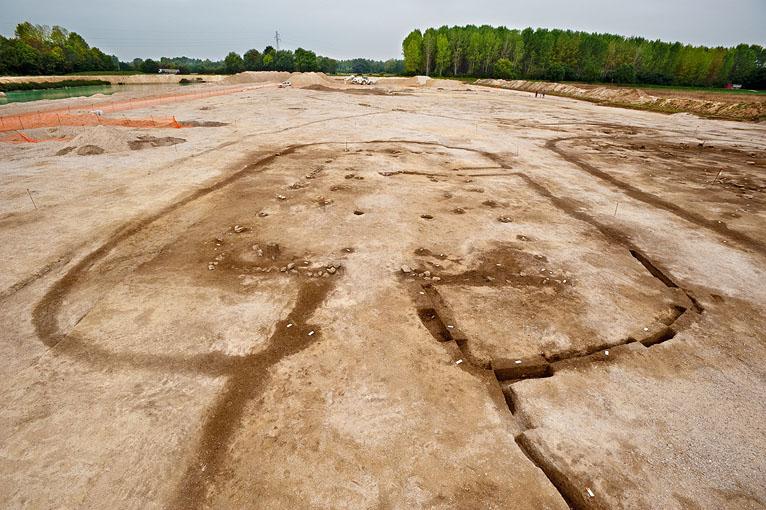 The archaeologists have uncovered post holes that show the plan of three circular houses over a surface of around 80 m2. The interior space has the particularity of being separated into two parts by a partition of posts placed at one third of the distance of the space. Until now, a dozen constructions of this type were known in France, but this is the first time that several have been found at the same site.
The first datings based on pottery artifacts link this habitat to a vast sand-clay loam extraction pit measuring 480 m2. The materials extracted may have served in the construction of the buildings or perhaps the funerary or ritual mounds.

A second very dense habitat from the end of the Neolithic

Around one thousand years later (3500 to 2500 BC), humans again chose this location to build their houses. Ten rectangular buildings with two naves, distributed over three zones of the site, have been identified. Their dimensions are variable: the biggest is twenty meters long and four wide and the smallest, ten meters long and three wide. There are currently few elements that could be used to precisely date these houses. Meanwhile, a comparison with a house excavated in northeastern France, which is very similar and has been radiocarbon dated, suggests that this ensemble can be attributed to the period between 3500 and 3000 BC. This attribution will likely be confirmed by the radiocarbon analyses currently being realized for Pont-sur-Seine. Such a high concentration of houses was until now unknown for this period.
Near this habitat, two enclosures, each containing buildings, were delimited by palisades.

A first enclosure formed by 500 posts

This enclosure is delimited by an oval shaped palisade, 165 meters long. More than 500, 2 meter high posts were necessary for its realization. During the excavation, the archaeologists uncovered pottery fragments and animal bones (cow, etc.). Their grouping together in a precise space indicates that this may be a ritual deposit. Inside the enclosure, two rectangular buildings, whose posts formed two naves, were discovered.

An enclosure with two monumental buildings and an original plan

The second enclosure isolates two constructions with an exceptional form and dimensions. Its palisade of 136 meters in circumference is supported against that of the first enclosure, indicating that this second space was created after the first.

An interruption in the palisade could correspond to the entrance of the enclosure. It is located in the axis of the entrance of the main building and would thus have contributed to the creation of an elaborate setting. In effect, outside the enclosure, the visitor would not have been able to appreciate the scale of the site since it was partially masked by the palisade, but as soon the visitor entered the enclosure, the stature of the buildings must have been immediately visible. These two buildings, or rather, monuments since this was probably a ritual space, have a nearly identical, trapezoidal morphology. Their size, on the other hand, is different. The smallest covers a surface of 280 m2, the largest nearly 900 m2. Their entrance is marked each time by a long narrowing to the east. Their corridor was delimited on either side by approximately 2 meter high palisades that must have resembled tall antennas.

The size of these two constructions made from perishable materials (wooden posts, mud bricks) is impressive. The foundations and the frame were specially conceived. In order to insure the stability and solidity of the buildings, wedging stones, most of quartzite sandstone, were placed in some of the postholes to reinforce them. This particular technique used to realize an elaborate architecture required the mobilization of a significant work force to construct the buildings. In effect, the first stones of this type could be found no closer than 3 kilometers from the site, beyond the alluvial valley.

Some of the structures inside the two buildings are also of particular interest to the archaeologists. For example, a pit around one meter deep, filled with several layers of stones, located in the center of the largest building. A similar pit was also discovered in the smaller building. Though it is too early to definitively interpret their function, these pits probably played a part in ritual activities and could support the hypothesis that these were ritual centers.

The plan of the buildings is also completely unknown in France and no elements of comparison have thus far been found in the European literature. Though it is still difficult to date these buildings, they seem to belong to the period between 3500 and 2500 BC. During this time, very large buildings were constructed in the north of France, in the Brittany and Centre-Ouest areas.

These two constructions are exceptional in France and probably in Europe. Such a high density of buildings (more than twenty-five) is little known for these periods. The plans of the constructions are rare and diverse. All of these elements, along with the structure of these occupations, represent a complex organization and make this ensemble a major site for our knowledge of humans in France during the Neolithic period. 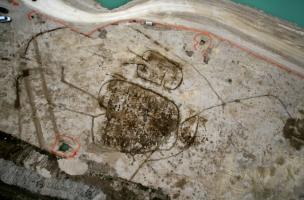 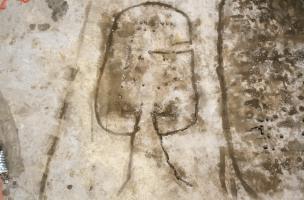 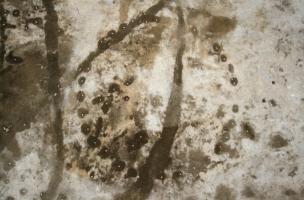 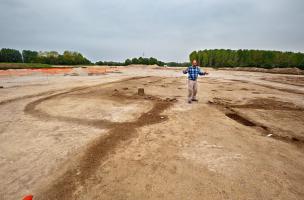 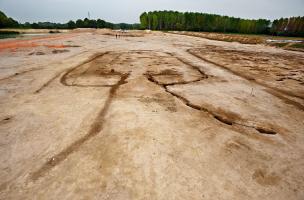 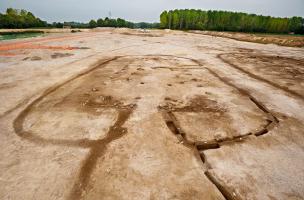 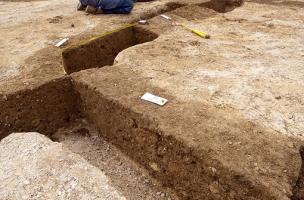 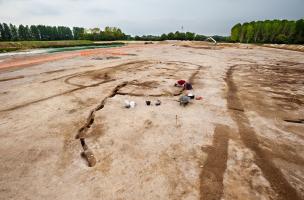 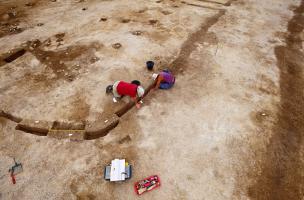 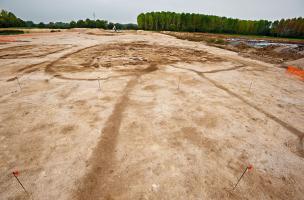 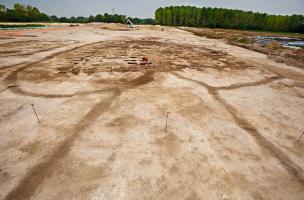 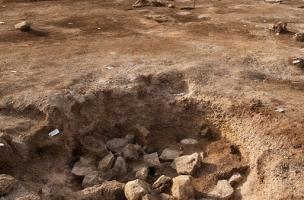 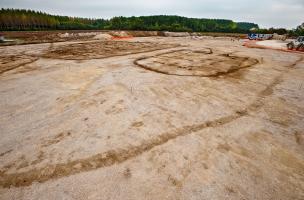 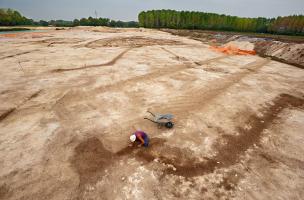 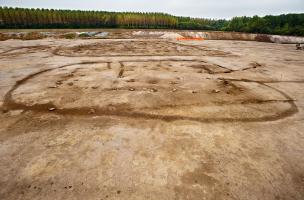 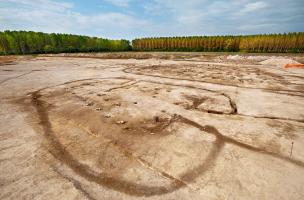 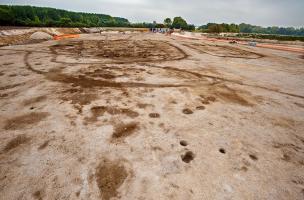 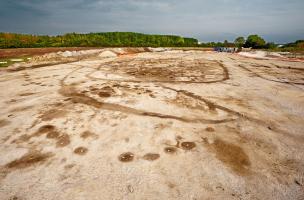 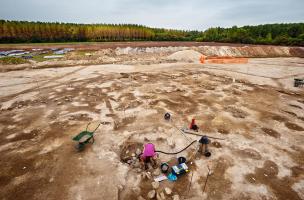 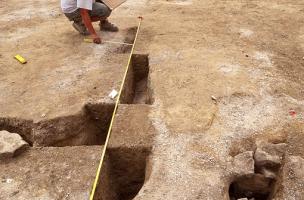 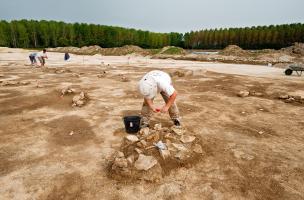 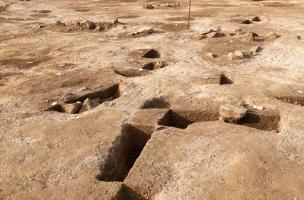 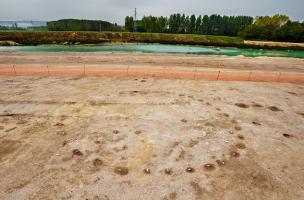 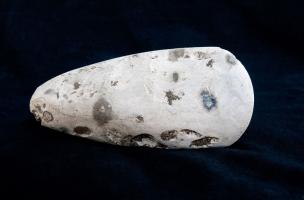 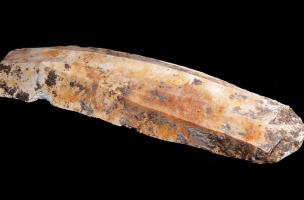 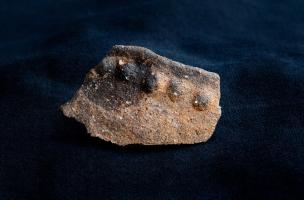