The German cemetery of Boult-sur-Suippe

An Inrap team has recently excavated a German military cemetery from the First World War. This research was conducted in advance of the construction of a housing development by Immocoop and under the prescription of the State (Drac Champagne-Ardenne).

An Inrap team has recently excavated a German military cemetery from the First World War. This research was conducted in advance of the construction of a housing development by Immocoop and under the prescription of the State (Drac Champagne-Ardenne). Approximately 530 graves and more than one thousand personal and military objects were found. This extensive research program enables the study of the treatment of the deceased from the battle ground to the cemetery, and the identification of some of them.

During the battles, starting in 1916, the soldiers were buried in this makeshift cemetery. Between 1925 and 1927, when the land was returned to farmers in order to relaunch the economy, some of the graves were urgently exhumed. Today, the archaeologists are discovering that some of the corpses were partially recovered at this time, while others were forgotten.

This study will explore the recruitment criteria of the soldiers (age, stature), their state of health, geographical origins and cause of death, as well as the nature of war surgery and military logistics. Some individuals younger than the legal recruitment age have already been identified.

Managing the injured and deceased

The deceased came directly from the battle ground or the military hospital. The archeologists have observed the manner in which the injured and deceased were managed. The injured were transported to the military hospital located 1.5 km from the cemetery, in the village of Boult-sur-Suippe. Once there, they were undressed and then redressed in pajamas before they received care. Some died before their operation, others died during the operation or shortly after. The military identification tag was removed at the hospital, but a bottle containing a death certificate was sometimes placed in the coffin. Some hospitalized soldiers did not have injuries, but instead died of an illness, the second most frequent cause of death during World War I.

On the front line, the deceased were collected by the medical teams and wrapped in their individual tent, which then became their shroud. The remains transported behind were put into coffins. Depending on the number of dead in a given day, the burials were individual, double or multiple, containing up to twelve individuals. Contrary to the German regulation stipulating the collection of military objects, the individuals who died in combat are still wearing their uniforms (jacket, pants, underwear and boots) and their equipment (helmet, belt, cartridge belt, gas mask, bayonet, flask, decorations, etc.). The archaeologists also found many personal objects: rings, watches, pipes, mirrors, brushes, wallets, knives, medals, etc.)

The biological anthropology study sheds light on the nature of the war surgery. The archaeologists observed numerous amputations. The fear of gangrene from open injuries was so great that amputation was recommended even for fractures. The researchers observed a great number of cut marks on the bones resulting from emergency operations. Rib cage openings were observed as well, and many surgical instruments were found in the pits: splints, bouée de mise en décharge, safety pins, scalpel, etc.

The military materials found in the graves are essential to the identification of the soldiers. Among more than 530 inhumations, 130 military identification tags were found. Based on the study of the tags and the equipment of the soldiers, the archaeologists believe that they belonged to the 19th Infantry Division, and many from the following regiments: 78th IR, 91st IR, 26th ART, 62nd ART, 501st ART.  Along with the military objects, the personal objects, such as wedding rings, signet rings and trench rings, sometimes engraved with the name of the deceased, contribute greatly to the identification of the individuals.

At this stage of the study, Schütze Georg Werner, Ldstm Meyenkoth Otto, Musk Querl Hermann, Ers Res Kreikenborn, Ldstm Kampe Wilhelm, Hornist Terborg Hermann, Untffz Pattberg Wilhelm and Musk Taute Wilhelm, from the 78th Infrantry Regiment, have been identified. These soldiers participated in the battles of April 1917 to the north-west of Reims, mostly near the forts of Briment and Fresnes, fought during the battle of Nivelle in Chemin des Dames. 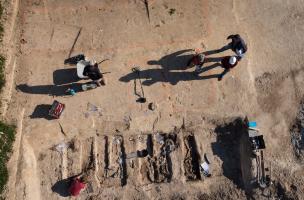 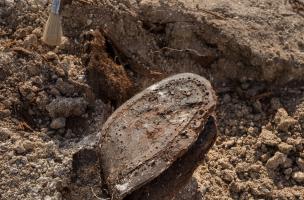 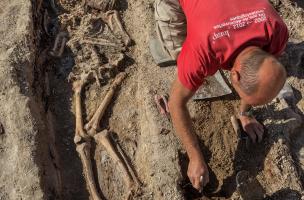 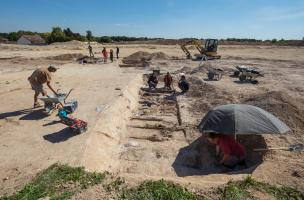 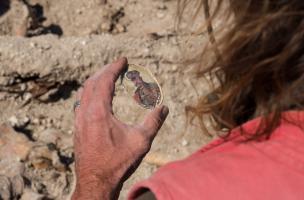 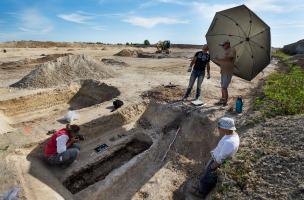 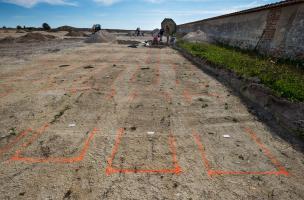 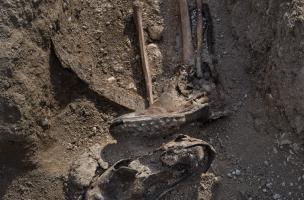 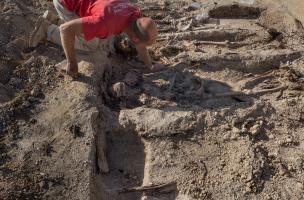 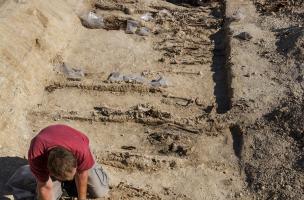 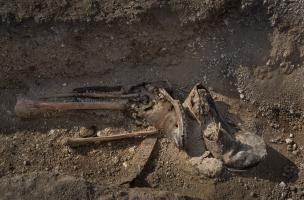 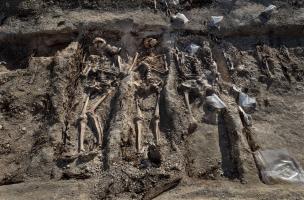 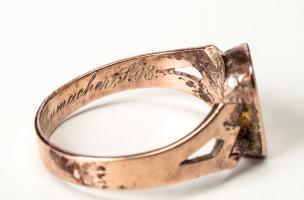 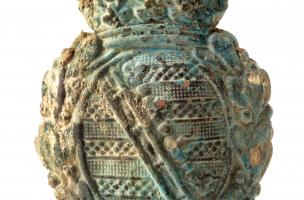 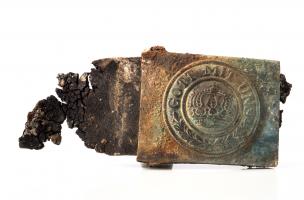 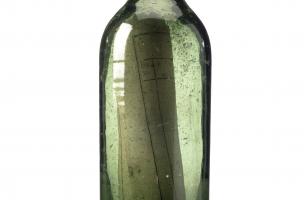 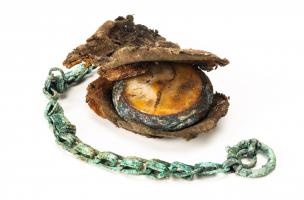 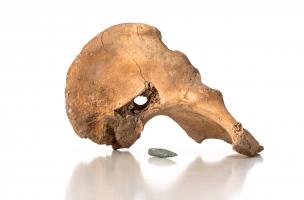