On the future site of the Seine-North Europe canal, a team of INRAP archaeologists have excavated the Neolithic sites of Villers-Carbonnel, under the curation of the State (Drac Picardie). This excavation, covering a surface of 4.35 hectares, has revealed an exceptional terra cotta statuette 21 cm long. Female representations of this type are very rare in France.

On the left bank of the Somme River, the archaeologists have uncovered vast fortification walls attributed to the Chassean culture (approximately 4300-3600 BC).

Villers-Carbonnel and its Neolithic fortification walls 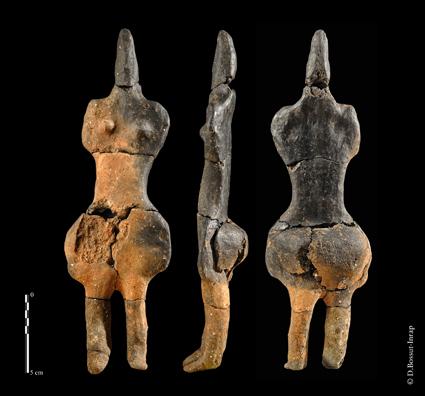 The oldest one is delimited by a trench and a palisade enclosing a space of appoximately 6 hectares. This wall is succeeded by another much longer one, also with a palisade, but with segments of trenches bordering its exterior. The enclosed surface covers more than 15 hectares, which is well above the 6 to 10 hectares usually encountered. It protected residences and numerous other structures, including buildings, trenches, postholes and kilns.

The archaeologists discovered the fragments of a statuette in a kiln whose clay roof had collapsed. They were able to refit the fragments to reconstruct the whole statuette. It is 21 cm long and modeled from a rectangular plaque of clay. The wide, accentuated hips and the exaggerated buttocks emphasize create an imbalance between the lower part of the body and the waist, which is thin and narrow. The arms are suggested by two proturberances at the shoulders, but are not fully formed, nor are the hands. The genitals are not represented, but the breasts are formed by the addition of small, slightly stretched clay balls. The head, which is composed of a simple cone, is very stylized and has no face. This female statuette has pure, but asymmetric lines, like those of the breasts and legs, for example.

It is a highly abstract representation of the female body, as we see in the wide hips and breast. The statuette of Villers-Carbonnel, like those discovered previously, is stylized and characterizes a period during which there is a dissolution of figuration.

This discovery is exceptional both because of the integrity of the statuette and the rarity of such female representations in Middle Neolithic contexts (sites of Noyen-sur-Seine in Seine-et-Marne, Maisy in Aisne, Jonquière and Catenoy in Oise and Bercy in Paris). This type of statuette is not unique to the Chassean culture since they have been found in other cultures as well.

The stylistic unity of these female representations, despite multiple differences between them, suggests a common ideological foundation with a Mediterranean origin.
Archaeologists have often interpreted these statuettes as symbolic representations of fertility that could have associated with ritual activities. From the Near East to the borders of Western Europe, much archaeological literature has been devoted to "mother goddess” cults, a concept that is now increasingly contested.

Archaeology of the Seine-Nord-Europe canal

Between Compiègne and Aubencheul-au-Bac, this exceptional construction, realized under the direction of the Voies Navigables de France, will enable the circulation of barges from the Seine to Escaut. The canal is 106 km long and will traverse 66 communes in the Picardie (Oise and Somme departments) and Nord-Pas-de-Calais (Pas-de-Calais and Nord departments) regions. Over a surface of 2500 hectares, the canal will be 54 m wide.

Since September 2009, 320 sites have been identified on the 1700 hectares tested for archaeological remains. The excavations, which began in March 2010, have revealed 77 archaeological sites. Currently, 31 excavations have been conducted or are in progress over a surface of 81 hectares. Approximately 100 excavations are planned before the earthwork phase of the project will begin. This work by INRAP is scheduled to be completed at the end of 2013.

The archaeological excavations realized by the INRAP teams along the future Seine-Nord Europe canal have revealed sites extending from the Middle Paleolithic to the Middle Ages, with variable occupation densities depending on the territories and periods. In addition to a few vague traces, the Neolithic is very well represented by the imposing fortification walls of Villers-Carbonnel, the three houses of Sauchy-Lestrée and the Early Neolithic settlement of Languevoisin-Quiquery. 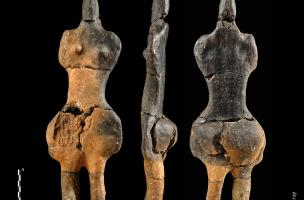 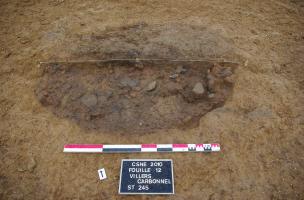 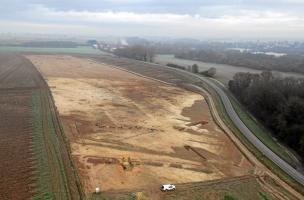 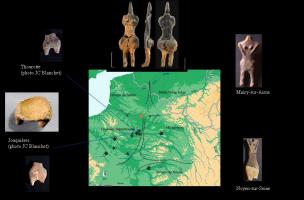