Murderous fury in the Neolithic at Achenheim

A team of Inrap archaeologists has just uncovered the remains of a massacre that occurred more than six-thousand years ago at Achenheim (Bas-Rhin). This important discovery illustrates one kind of violence that raged in Europe during the Neolithic.

More than 300 silos, most of which contained grains and other foodstuffs, were discovered during this excavation prescribed by the State (Drac Alsace). They are located inside a large enclosure surrounded by a deep V-shaped trench whose entrances were protected by a type of bastion. This defensive construction evokes a troubled and insecure period during the Neolithic, between 4400 and 4200 BC, which forced the populations to protect themselves.

Structure 124 is a large silo, nearly 2.5 m in diameter. It contained six individuals lying on their back, stomach or side, sometimes intermingled. Their positions suggest that they were abandoned in the pit without any other arrangement… This gruesome deposit is composed of five adults and one adolescent, all men. The skeletons are complete, even if some bones are isolated. All display numerous fractures to the legs, hands, feet, ribs, clavicles, skull and mandible. Three adult left forelimbs found next to each other, and one immature arm, composed of the lower-arm and hand and cut in the middle of the humerus, attest the presence of four additional individuals. This collective violence concerned living persons, but also dead ones. These cadavers were deposited all at once and suggest a single murderous event associated with the same conflict.

The emergence of war

Though prehistory was probably never a completely peaceful time, the first mass violent conflicts occurred between 12,000 and 10,000 years ago, in Pre-Neolithic societies. Archaeologists have found evidence for them at Djebel Shaba in Sudan, and Nataruk in Kenya. During the past few years, studies of violence in the first Neolithic agropastoral societies have become more numerous in Europe. At around 5000 BC, the extermination of an entire community at Talheim (Bade-Wurtemberg) is a striking example, especially since the perpetrators belonged to the same cultural entity as their victims. The Asparn-Schletz massacres in Austria, and the Herxhiem ones in the Palatinat region in Germany, support the hypothesis of a major crisis at the end of the “Bandkeramik” culture. In France, the 2012 discovery at Bergheim, north of Strasbourg, is an illustration of these Neolithic carnages. Eight individuals who died simultaneously were found in a pit. Underneath them, at the bottom of the pit, seven left forelimbs, amputated at the arm, were also found. Achenheim and Bergheim are contemporary with each other. 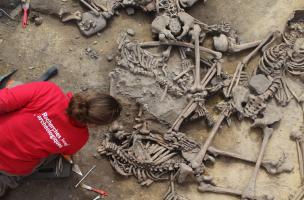 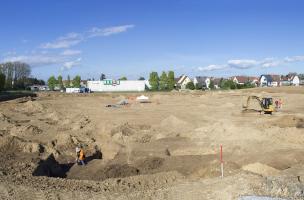 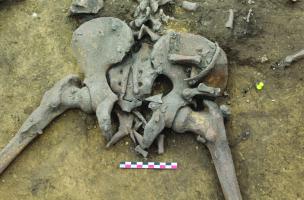 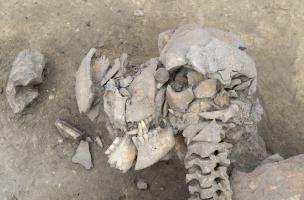 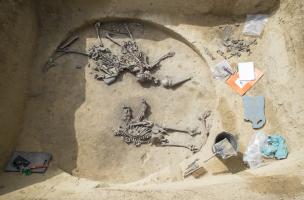 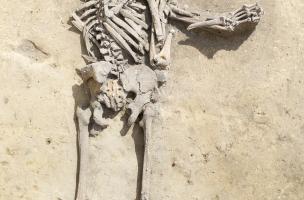 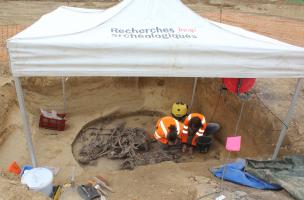 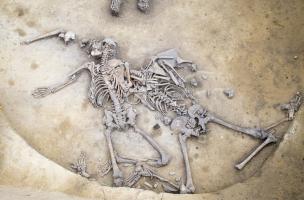 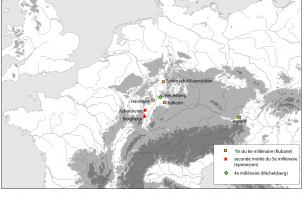 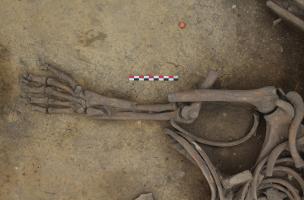 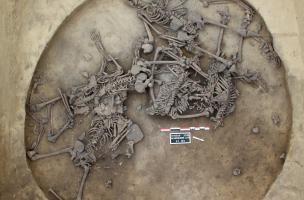