When Neanderthal man stopped at Tourville-la-Rivière

A team of a archaeologists from Inrap (The National Institute for Preventive Archaeological Research) is at present excavating, curated by the State (Regional Archaeological Service - DRAC - Haute-Normandie), a prehistoric and paleontological site over 200,000 years old at Tourville-la-Rivière, Seine Maritime.

Situated on one of the numerous bends of the meandering river Seine, at 14 km south of Rouen, the site is situated in a sand and gravel quarry exploited by the CBN company (Carrières et Ballastières de Normandie). This extensive excavation continues a long tradition of paleontological and pre-historical research carried out during the 19th and the first half of the 20th centuries in quarries in the north of France (by Jacques Boucher-de-Perthes, the Abbé Breuil, François Bordes …).

On the banks of the Seine 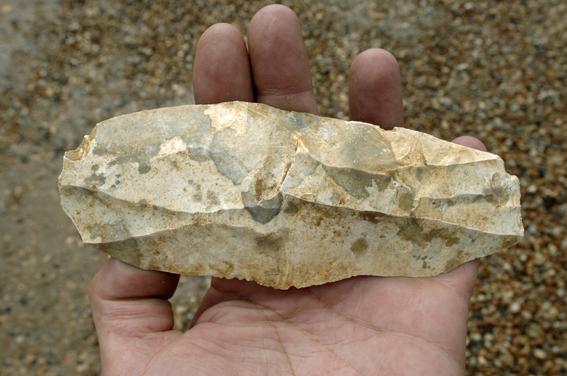 The site of Tourville-la-Rivière presents an imposing sequence of deposits, to a height of more than 30 metres, resting on the lower terrace of the Seine. Its stratigraphy consists of layers of alluvium accumulated over the period 350,000 to 130,000 BC. This succession of sedimentary deposits is particularly interesting, as it constitutes an extraordinary record of climatic and environmental changes that took place in the valley of the Seine during the Middle Pleistocene epoch (approx. 500,000 – 150,000 BC).

The excavation is focused on alluvium layers rich in remains and characteristic of the end of an interglacial period, about 200,000 years ago.
In these layers, 1.50 to 2 metres thick, excavated over a surface of one hectare, pre-historians have brought to light remains of fauna and worked silex. These stone tools, over 200 000 years old, correspond to the Early Mousterian epoch whose craftsman is situated in the human Neanderthal lineage: they were pre-Neanderthals, or early Neanderthals (to be linked with the human fossils of Biache-Saint-Vaast in the Pas de Calais or La Chaise in Charente).

The animal species present are quite characteristic of the end of the interglacial epoch; apart from deer, testified by many antlers, aurochs and horse. The presence of these gregarious herbivores is accompanied by those of carnivores: wolf, fox, but also bear, lion or panther. In addition to this abundant large fauna, the site has also provided remains of small mammals (ferret, polecat, wild cat) or of micro-vertebrates (small rodents, birds).

This accumulation results, for a large part, from natural phenomena: animal carcasses, whole or part, all species mixed, carried by the Seine, were deposited on the banks or on the sandbanks at the foot of a chalk cliff.
Archaeologists know that the remains of fauna were rapidly covered by alluvium. This process is notably perceptible through the good preservation of the antlers, particularly vulnerable when exposed to the open air for long periods.

Vestiges of lithic industry are not very abundant given the surface excavated (only 500 objects for one hectare). They are mainly blades and flakes produced using a particular and complicated process – the Levallois technique –, which have been revealed. As an exception, a small zone of flint-knapping concentrates, in less than 3 square metres, 300 objects. It provides precious information on the production objectives used by the pre-Neanderthalian cutters. The knapping is clearly oriented towards the production of long, fine objects, with very cutting edges. It is based on a meticulous preparation of the flint block conditioning the shape and the dimension of the flakes desired by the cutter.

The flint-knapping industry seems to reply quite efficiently to immediate and specific needs. Levallois flakes and blades, particularly elaborate technically and remarkably efficient functionally, are instruments all designed for the cutting up of animal matter (flesh, tendons, hide …) of fauna naturally deposited on the banks of the Seine.
Without questioning their formidable talents as hunters and without using the term ‘carcassing’ (which should be limited to the animal sphere), it is clear that the pre-Neanderthal populations adopted behaviour of subsistence implying the development of an adequate economic technical strategy.

At Tourville-la-Rivière, the pre-Neanderthals seem to have occupied the sites in the context of stopovers of short duration. The site does not thus correspond to a durable settlement of these populations. The small quantity of flint tools, or even the feeble extension of the production zones, denotes the transient nature of the human occupations.

The Tourville-la-Rivière site thus allows the confirmation of the remarkable capacity of Neanderthal man to adapt to different situations from which he benefitted. In this sense, this context is a good illustration of complementary subsistence activities practised by these men about 200 000 years ago. Future analyses, practised on the remains, as much on fauna (palaeontological and archaeo-zoological) as on the flint-knapping industry (technicological and edge wear tests), will tend to confirm or weaken the present vision of the site. 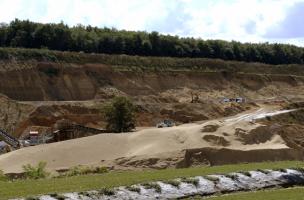 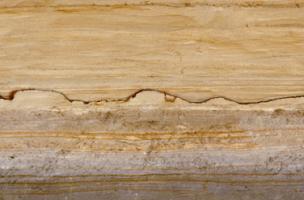 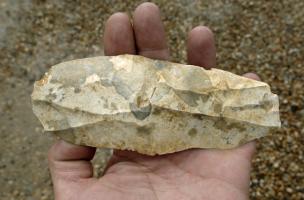 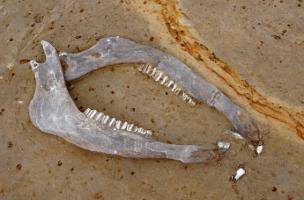 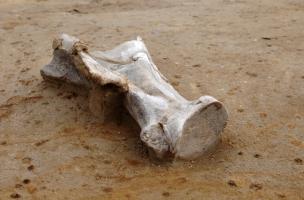 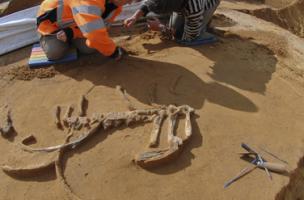 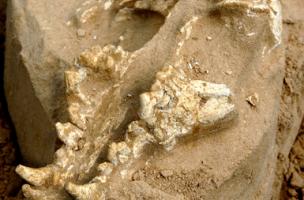