A Middle Neolithic necropolis in Fleury-sur-Orne

A team of Inrap archaeologists is currently excavating a 20 hectare site in Fleury-sur-Orne. This work, curated by the State (Drac Basse-Normandie) is taking place in advance of the construction of habitation zones by Normandie Aménagement and the Caen-La-Mer agglomeration.

They have uncovered a large necropolis from the Middle Neolithic (4500 BC) containing around twenty funerary monuments, including one still intact burial mound.

6500 years ago, a monumental funerary architecture

During the Middle Neolithic, new types of funerary monuments appear: earth and wood constructions whose length varies from a few dozen to several hundreds of meters.

These monumental graves, the first of this type, are called “from Passy” after the eponymous site in the Yonne Department. These big, elongated monuments are delimited by trenches that are sometimes associated with a palisade. They surround a burial mound containing the tomb of prestigious persons. In contrast to earlier traditions, these funerary monuments suggest the emergence of a new social hierarchy.

In Fleury-sur-Orne, around twenty monumental tombs have been identified by the archaeologists. Their size and morphology is varied: from 12 m to 00 m long, surrounded by trenches from 20 cm to more than 15 m wide. 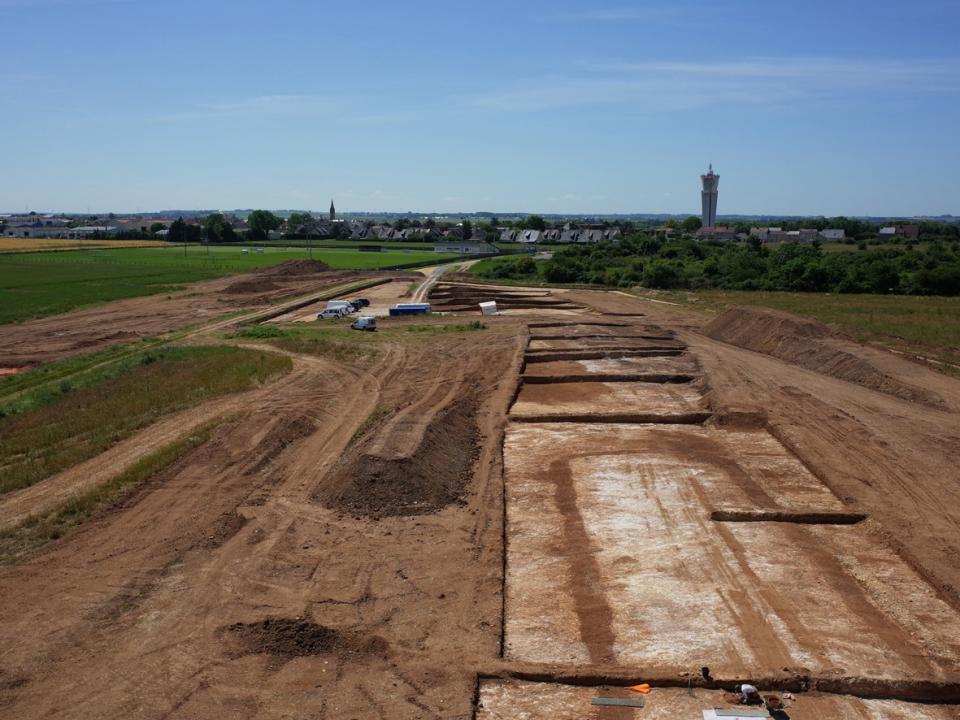 Six thousand, five hundred years ago, these graves were covered by an earthen burial mound, a type of raised structure that has most often been levelled by modern agriculture. In Fleury, one of them was exceptionally preserved by an Antique road. Its construction method is very unusual, with “sod” walls built up from a few layers of grass slabs. A study of the collapses suggests that the mound, or tumulus, most have originally been more than 2 m high. Such tumuli were still visible on the Fleury landscape until the Second World War.

Under the mounds, the graves…

Each monument was designed to hold a few graves, or often a single individual. The most typical graves are very large – 3.5 to 4 m long – and contain an armed man. There was perhaps a bow, but certainly some arrows, of which only the arrowhead remains. Whole sheep were placed near the deceased as a viaticum. Contemporary with the large dolmens on the Atlantic coast, the monumental tombs of Fleury required considerable work and resources for the benefit of just a few, and thus reflect the emergence of social differentiation.

This excavation will soon be followed various analyses – paleogenetic, isotopic, parasitological – in order to learn more about the lineage of these human groups, as well as their diet and the illnesses they suffered. 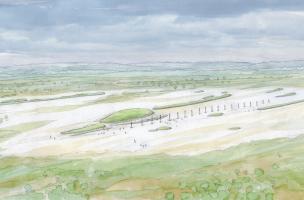 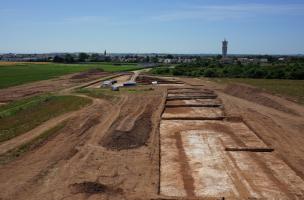 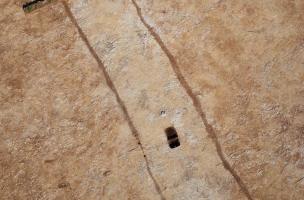 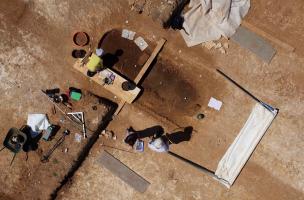 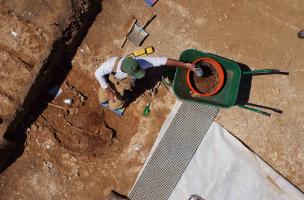 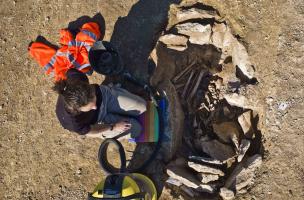 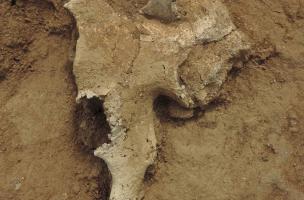 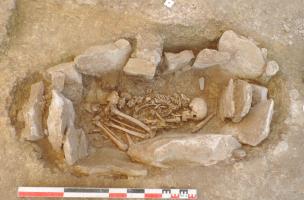 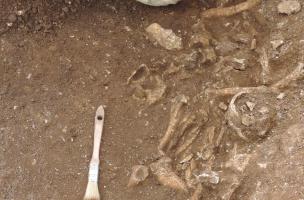